Who Is the World's Greatest Detective?

"the greatest detective of all time" [HOUN] 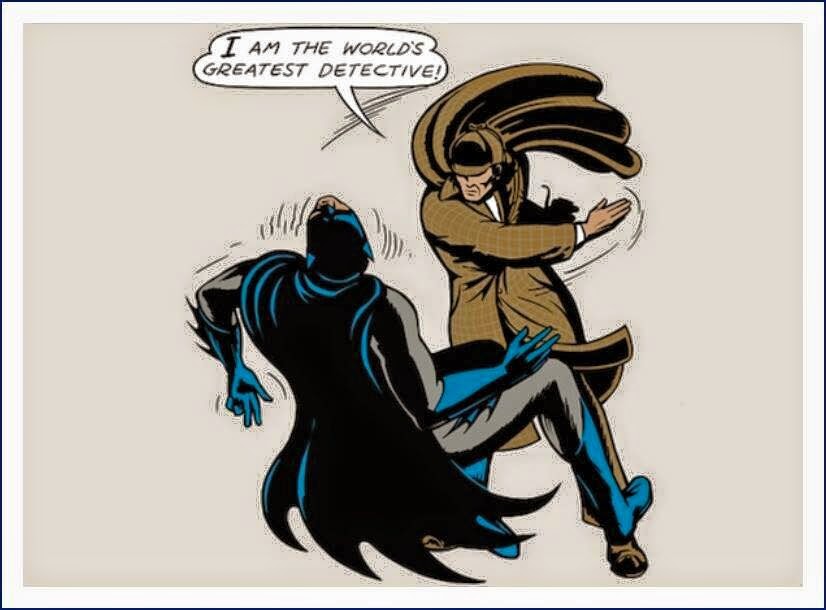 If you've been on the Internet for any amount of time between 2009 and today, you're likely to have come across the famous "Batman Slapping Robin" meme. In case you're not familiar, it looks like this: 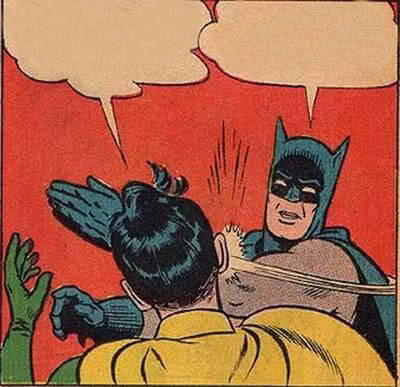 Using a meme generator site, anyone can add the text they like to an image. The above was originally inspired by this frame from World's Finest Comics #153 in 1965: 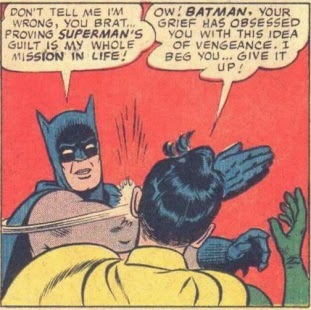 So you can imagine that we were amused to finally see the same concept applied to Batman and Sherlock Holmes via the top image that we shared on our Facebook page recently.

We seem to recall a number of times when the Batman / Sherlock Holmes superiority was called into question previously:

And while there may be a split decision on who is the greatest detective, we'll defer to Batman himself from "Trials of the Demon" in the Batman Brave and the Bold series:

So there you have it. Who do you think is the greater of the two and why? Leave us a comment below.