Saturday Matinee: The Mystery of the Leaping Fish

"Yet there was certainly an element of comedy" [3GAR] 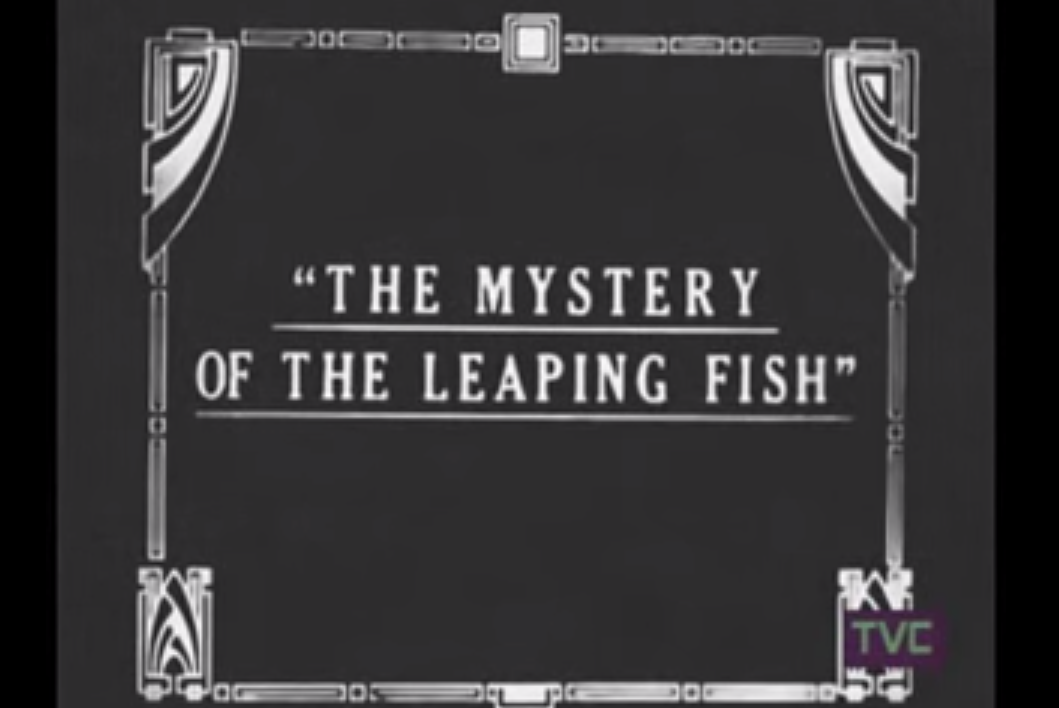 Humor in Holmesian pastiche usually occurs within a given historical context. For example, the Guy Ritchie films with Robert Downey Jr. take their cues from "buddy-action" films, while 1988's Without a Clue is much more farcical. Given that current times might not see certain behaviors as grist for humor, there is an element of slightly forbidden pleasure when watching the 1916 silent comedy The Mystery of the Leaping Fish.

For many who participated in the making of this film, The Mystery of the Leaping Fish is an unusual departure for many of the participants. For Douglas Fairbanks (who stars as Coke Ennyday, a riff on Craig Kennedy), it was a chance for the swashbuckling hero to star in a madcap comedy. (In his portrayal of a Holmes-like character, Fairbanks gives him a slightly greater physicality, and many of the stunts - including an aquatic sequence - have a great energy and enthusiasm). The writer - Tod Browning - would later direct movies like Freaks and Dracula. There is even a more tragic aspect - Alma Rubens (who plays Ennyday's assistant) died due to morphine addiction...

And it is that casual, comic portrayal of drug addiction that gives The Mystery of the Leaping Fish a slightly unusual edge. Much like within canon stories, there is a seeming acceptance of regular cocaine use as it was seen as something of a "wonder drug". Given that within twenty years of Leaping Fish, both the Harrison Act and the Hayes Code would make it harder to make such a lighthearted look at addiction....but for Sherlockians, The Mystery of The Leaping Fish is an interesting curiosity, and well worth seeking out.