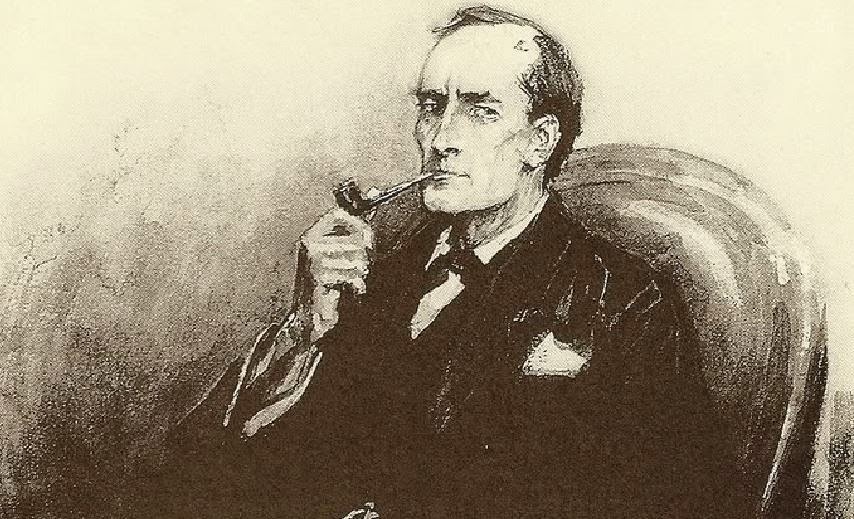 While Sir Arthur Conan Doyle left this earthly realm on July 7, 1930, his character of Sherlock Holmes has never been more alive.  Through the current films and TV shows starring the great detective, his popularity only increases.  Publishers such as Gasogene Books and MX Publishing focus mainly on new books about the great detective, and many more presses have at least one new Sherlock Holmes book in their catalogues.  Now another publisher has an opportunity for pastiche writers to compose new tales for the Sherlock Holmes canon.

18thWall Publishing is creating a 12 part Sherlock Holmes novella series called The Science of Deduction that will be released in 2016.  One title will be released each month that year, and then in December, all 12 novellas will be bundled into a complete anthology. The stories themselves must be novellas of 15,000 - 30,000 words in length, with the author's voice and narrative style coming through.


"A Study in Scarlet and The Valley of Fear are short novellas (padded out by long memories of the United States), and The Sign of the Four is a longish one. Only The Hound of the Baskervilles is, as they say, feature length -- but even then it is very short indeed. Yet when I look at my Sherlock Holmes shelves, it is overwhelmed with three-, four-hundred page novels and dozens of short story collections. I'd like to reclaim the novella form for Sherlock Holmes, which, personally, I think is the best length for his adventures."

Authors seeking to submit a story for the series should note that submissions may be traditional or can feature a Holmes of an alternative universe. "We're especially keen on well-researched alternate history," said Mr. Bojaciuk. "All the more so if this alternate history is in the vein of Kelly Hale's "Black Alice" (which reimagines Holmes and Watson as Enlightenment Era gentlemen modeled on Samuel Johnson and his own Boswell), or Michael Kurland's "Four Hundred Slaves" (which examines what Holmes and his biographer would have been like if they were Roman citizens)."

While writers have freedom to explore a unique take on Sherlock Holmes, there are some strict ground rules.  There can be no erotica, no parodies, and no tales which disrespect the great detective in anyway.  As stated on the 18thWall website, "please keep the characters as close to their canonical counterparts as possible. Sherlock Holmes is not a werewolf; Watson did not murder his wife; Mycroft is not Moriarty’s lieutenant; Professor Moriarty is not a tulpa. This stance on canonicity extends through political opinions, sexuality, biography, and characterization. You can work outside these bounds, but do note that this may or may not be a harder sell to the editor."

Submissions are due to 18thWall Publishing by November 1st, 2015.  For more information, please see the 18thWall website.  Authors retain full rights to their characters and stories. And for those of you stuck on where to start a Sherlock Holmes pastiche, Mr. Bojaciuk  did say, "While not outré at all, I'd love to see war stories (particularly in the First World War) with Holmes and Watson."

Story submissions can be sent to submissions@18thwall.com.  Happy writing!