"he and his papers are all in Portsmouth" [LAST] 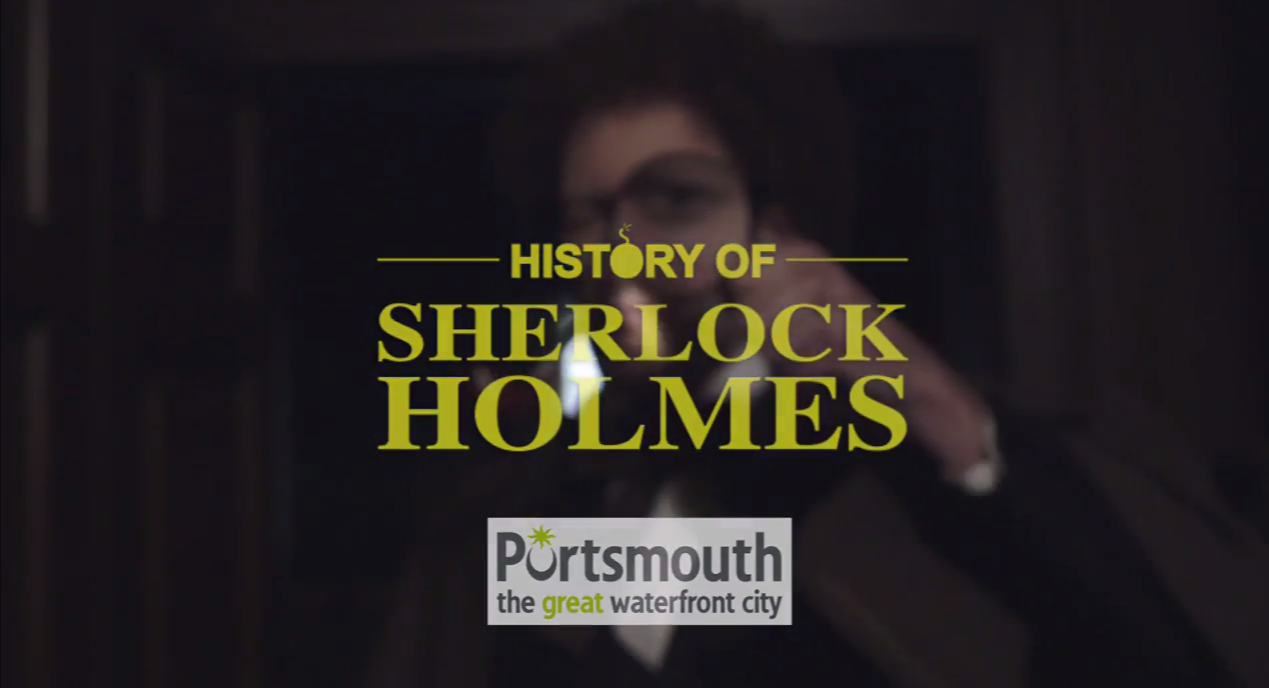 We recently discovered a fun little video that's well worth watching - perhaps more than once.

A group called History Bombs has created this rather usual video about Arthur Conan Doyle and Sherlock Holmes. History Bombs bills itself as "a young, fresh and innovative creative team based in Hampshire, England [that] works with broadcast, commercial and cultural partners to deliver award winning videos, live performances and educational workshops."

In this case, they worked with the Portsmouth City Council to celebrate the Arthur Conan Doyle Collection. In case you're not familiar with this collection and why it's so important to Portsmouth, the collection was bequeathed to the city by Richard Lancelyn Green, BSI (""), one of the leading Doyle scholars and collectors in the world. The archival research center at the city's Central Library gives access to this amazing collection; you can see it by appointment.

We invite you to watch this entertaining video - Sherlock Holmes (in One Take) - for the story behind Arthur Conan Doyle and Sherlock Holmes - even if this version of Holmes looks like he misplaced his pomade.


Were you able to catch the clues that the conclusion hinted at?


UPDATE (4/9/2015, 12:59 a.m.):
A companion video from History Bombs, Exploring the Arthur Conan Doyle Collection, takes you to the library itself: