By Jove! Thor and Jupiter in Sherlock Holmes Stories 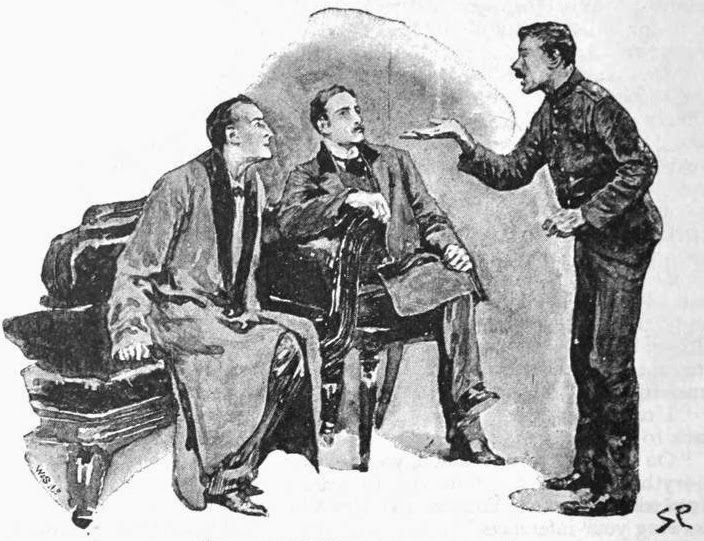 Every Thursday is Thor's day, dedicated to the god of thunder and lightning for the past thousand years or more. That would seem to make it an appropriate day for reading the Sherlock Holmes story titled "The Problem of Thor Bridge". Part of the "problem" (not, please note, "adventure") has to be why the Hampshire estate of J. Neil Gibson, the "Gold King" who is Holmes's client, is named after a Norse god.

Gibson is an American, not obviously Viking in his origins. He may have acquired the names of Thor Place, Thor Mere and Thor Bridge along with the property, but Hampshire is not as thick with Viking place-names as some of England's more northern counties. So perhaps he assigned the names himself — perhaps it was Thor's hammer that appealed to Gibson? The deity is a blacksmith, remember, and those millions were made initially in gold-mining.

At a critical moment in this story Holmes tells Joyce Cummings, the barrister representing the wrongly accused Grace Dunbar: "With the help of the god of justice I will give you a case which will make England ring." Thor is by no means a god of justice, a trait that does not seem to have interested the Norse gods much; they assigned justice to a rather obcure deity named Forseti. So if Holmes meant anything in particular there is a good chance he was actually speaking of a God better known in England, the one God who, according to the prophet Isaiah, calls for "judgement and justice from henceforth even for ever".

But to return to Thursday thoughts: German-speakers do not refer to Thor in the name of this day; Donnerstag is "Thunder Day". Spanish and French use names that start with the letter J, derived from the Roman counterpart of Thor, whose name was Jupiter. He too is mentioned in the Sherlock Holmes canon, but very inconspicuously. Look at what Holmes says in "The Bruce-Partington Plans", telling Watson how extraordinary it is that his brother Mycroft should be coming to Baker Street: "Jupiter is descending to-day. What on earth can it mean?"

Jupiter also figures 22 other times in the Canon. Where? Why, in stories ranging from A Study in Scarlet to "The Lion's Mane", and in the mouths of characters ranging from Hall Pycroft to Sherlock Holmes himself. The god is only a tiny bit difficult to recognize, as he appears under his alternate name: Jove. "By Jove!" says Watson. "If he really wants someone to share the rooms and the expense, I am the very man for him." "By Jove!" says Colonel Hayter in "The Reigate Squires". "Who's killed, then? The J. P. or his son?" And so on, a score of other times.

Why would so many canonical characters swear by the Roman god of thunder, and not only on Thursdays? Very likely the answer is that they didn't — they swore by God, in plain blasphemous English, and Watson, or Arthur Conan Doyle, or Greenhough Smith of the Strand Magazine substituted a phrase less likely to offend sensitive readers. The origin of the phrase "by Jove" comes from the Roman practice of swearing by Jove to witness an oath in law courts, and 18th and 19th century polite society adopted this phrase rather than use the more offensive term "by God".

For what it's worth, let it be suggested that when Sherlockians swear, they consider using the oath that was good enough for Holmes himself, and bluster "By Jove!" For the most part, we have already mastered the personality trait that has brought Jove's name into modern English without a capital letter: joviality. That word, or the adjective "jovial", appears in the canon ten times. But never is it applied to the flinty, ruthless Neil Gibson — and never to Sherlock Holmes. 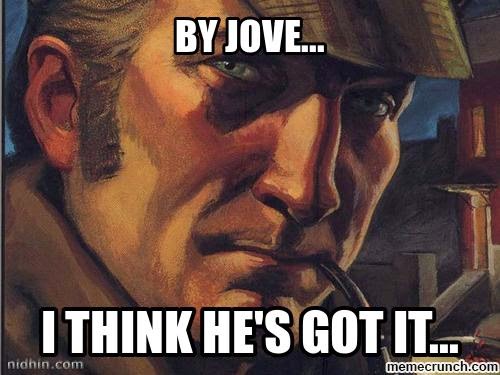