"some deadly story linked to it"[BLUE] 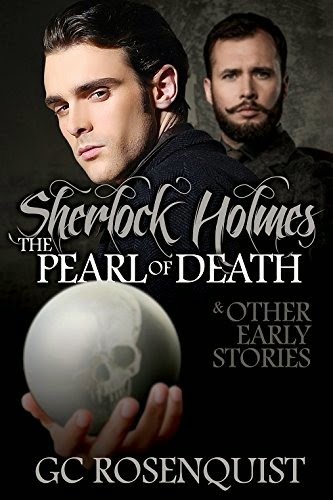 Author GC Rosenquist is mainly known as a talented writer of science-fiction whose works have been compared to that of Arthur C. Clarke and Isaac Asimov.  So, it was to my surprise when Rosenquist penned Sherlock Holmes: The Pearl of Death and Other Early Stories, his first Sherlock Holmes collection, and one that is decidedly traditional.  In fact, all the stories in this collection take place before the Great Hiatus.  I had the opportunity to interview Mr. Rosenquist and ask why he turned his attention from robots in the distant future to the world's first consulting detective in the Victorian era.

I Hear of Sherlock Everywhere:  You are mainly known as a writer of Science Fiction stories. What made you decide to write traditional early adventures of Sherlock Holmes as opposed to Holmes in a science-fiction universe

GC Rosenquist:  First of all, to see if I could even write a palatable Sherlock Holmes story by staying within the strict dictates of the original canon. I find that when I challenge myself as a writer, the results always turn out better than expected. I had been a huge Holmes fan going way back to my youth and could never see him solving crimes in outer space or even during the present day. For me, Holmes, pure and brilliant, belongs to that late nineteenth century London where murder is committed in dark alleys between flats or on the fog-drenched moors where hounds with glowing demon eyes prowl for victims. So the first Holmes story I wrote was “The Late Constable Avery,” and to my surprise, it turned out pretty well. And most importantly, the story was respectful to Sir Arthur Conan Doyle’s legacy. When I write a Holmes story it’s always in the back of my mind – “Would Sir A.C. Doyle approve of this effort?” I consider Holmes, Watson and the entire canon sacred ground. That’s very important to me.

story in your collection, "The Pearl of Death," is fast paced and action packed. It reminded me of the new film series with Robert Downey, Jr. Was there a particular Holmes actor you were envisioning when drafting these tales?

GCR:  No. I had purchased a collection of Holmes stories a few years ago titled “The Original Illustrated Sherlock Holmes,” a book that reprinted 37 Holmes stories as they were originally published in the Strand magazine, illustrated by the great Sidney Paget. Mr Paget’s illustrations are the standard and his interpretation of Holmes is perfect, so when I write a Holmes story it’s always with Mr Paget’s Holmes in my mind.


IHOSE: While most of your collection follows the typical Holmes mystery, two of your tales, "The Lure of the Rhinoceros Head," and "The Predictability Problem

," feel more like gags and are pretty funny. Was it difficult to write humorous Sherlock Holmes tales?


GCR:  I think ironic is the better word. Sure, I’ll drop in snippets of humor to lighten the mood of a particularly dark scene, but what I’m truly concentrating on in those two stories is irony. The irony in “The lure of the Rhinoceros head” comes from who the murderer is. In “The Predictability Problem,” I thought it would be supremely fascinating to be a fly on the wall while Holmes and Jules Verne meet in a quiet hotel room and discuss the future of world affairs, with the ironic end-result of their conversation being the whole point of the story.


IHOSE:    The question I ask all Sherlockians. If you were stranded on a desert island with only one Sherlock Holmes story, which would it be and why?


GCR:  Oh, there are so many! But in a pinch, I’d have to go with “The Final Problem.” The story has everything you’d expect in a Holmes story and it’s written with such a high degree of skill, pace, action and intelligence – Doyle at his peak. It’s an epic that spans many different countries, it has the consummate antagonist in Moriarty battling Holmes, also at the peak of his mental powers. The story is satisfying on so many levels and it’s all the more satisfying because it was intended to be Sir A.C. Doyle’s goodbye to Holmes, but it wasn’t. In fact, I consider the next Holmes story, also very enjoyable, “The Adventure of the Empty House" in The Return of Sherlock Holmes, as an extension of “The Final Problem.” 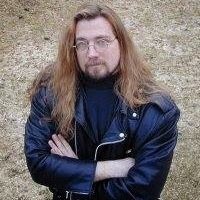 GCR:  I’ve just completed a Holmes story titled “The Strange Case of the Violin Savant” for an anthology MX Publishing is putting out in the fall and edited by Mr David Marcum and I’m currently working on finishing two novels I started in November of 2014. I’ve always got something brewing. Writers write, right?

GCR:  Thank you for this opportunity, Derrick, and it’s my hope that anyone who reads Sherlock Holmes: The Pearl of Death and Other Early Stories enjoys the time they’ve spent with Holmes and Watson.

To learn more about the many worlds of author GC Rosenquist, you can visit his website or Amazon page.