The Adventure of the Cold-Served Revenge - A Review

"....an inheritance with a vengeance" [HOUN] Setting a Sherlock Holmes story in the Victorian era is a natural: after all, we celebrate that Holmes and Watson operate in a world of hansom cabs and gaslight where "it is always 1895." Looking at Holmes and Watson in the Edwardian era in the pre-World War I era can be extremely revelatory. Petr Macek's Sherlock Holmes and the Adventure of the Cold Served Revenge [Amazon US | Amazon UK] is a really brisk, sharp read which taps into this underrepresented period of the canon.

Available in paperback and Kindle form by MX Publishing, Sherlock Holmes and the Adventure of the Cold Served Revenge starts with a portrait of Holmes is his elder years after a heart attack and preceding "His Last Bow."  It also involves his brother, Mycroft, asking for his assistance in solving a murder of a noted arms dealer....

....which boldly kickstarts a story that reaches from Venice to Scotland. Petr Macek does a really good job, focusing on an elder Holmes and Watson that feels relatively authentic, but never devolves into just another Victorian pastiche. By focusing on a relatively underrepresented era in Holmes' life, the book feels much fresher and more inviting a read. 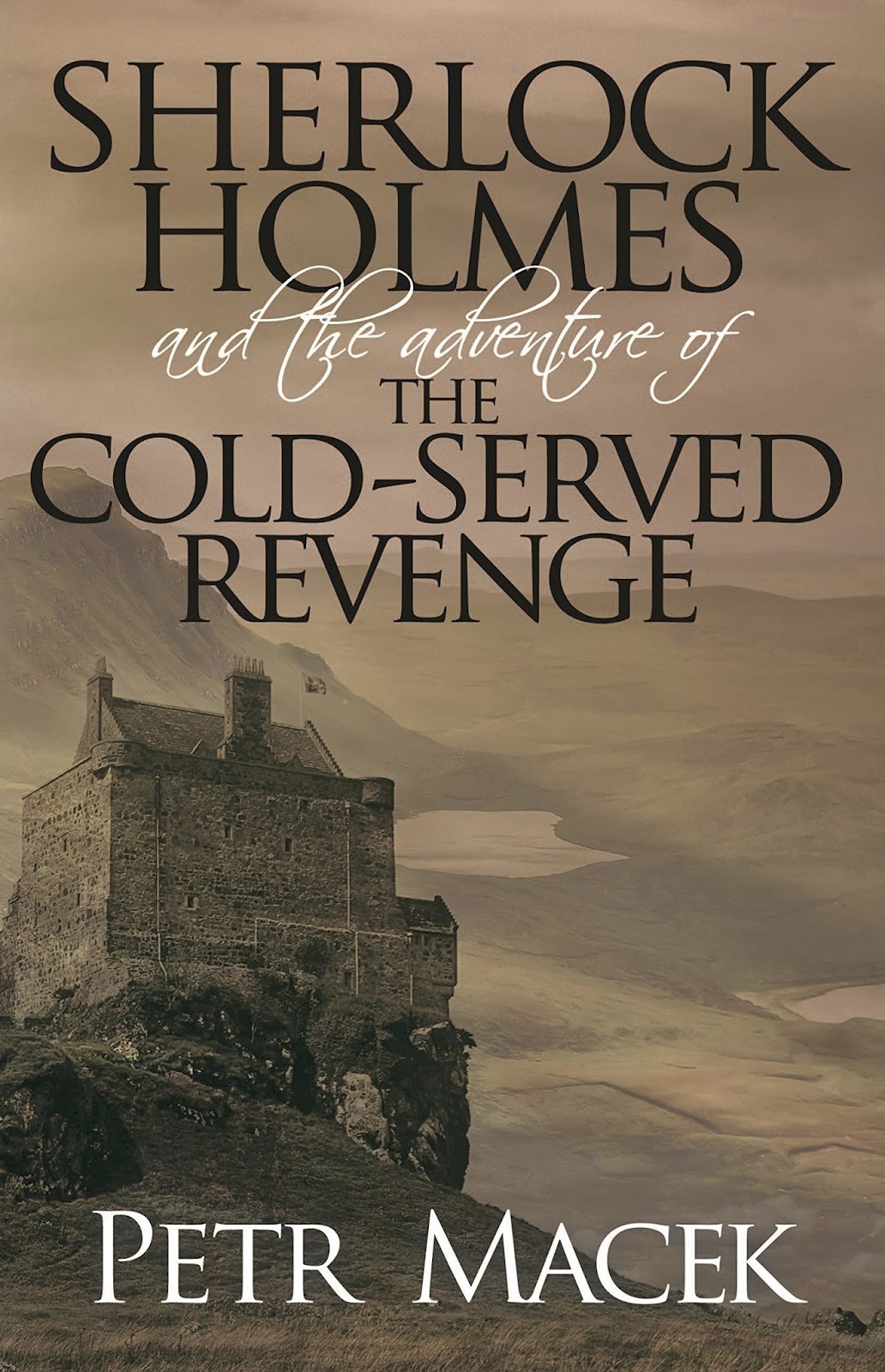 It also helps that Macek uses familiar tropes and characters  in unfamiliar ways. When The Adventure of the Cold-Served Revenge reveals the actor and their motivation, it feels less obvious and more of a gentle surprise. Macek shows a strong grasp of the Canon, and his focus on using characters in new and surprising ways really gives this book a freshness and vibrancy that other pastiches may not.

With the characters of Holmes and Watson now public domain, it means a greater sense of reinvention. Many decry the BBC's Sherlock and CBS' Elementary for some of the more radical creative decisions made in their narratives. Petr Macek's Sherlock Holmes and the Adventure of the Cold Served Revenge contains similar radical creative choices....yet manages to couch it squarely within the canon.

This sense of reinvention - while maintaining tradition - makes the book a must-read for all Sherlockians.