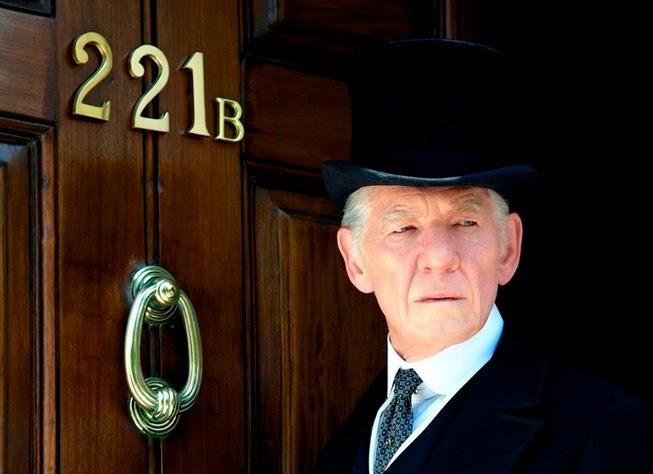 As we prepare for Sir Ian McKellen to grace the theaters this summer in Mr. Holmes, we've been afforded the opportunity to see the latest trailer.

The story is set in 1947, following a long-retired Sherlock Holmes living in Sussex with his housekeeper (Laura Linney) and her son (Milo Parker), who is showing some budding detective skills. Holmes finds himself haunted by an unsolved 50-year old case, but due to a deteriorating memory he remembers only fragments of the case: a confrontation with an angry husband, a secret bond with his beautiful but unstable wife.


As an aside, the casting of Nicholas Rowe as Sherlock Holmes of the movies is sheer genius.

What do you think? Are you looking forward to seeing Mr. Holmes?