"curious to learn what this new quest might be" [TWIS] 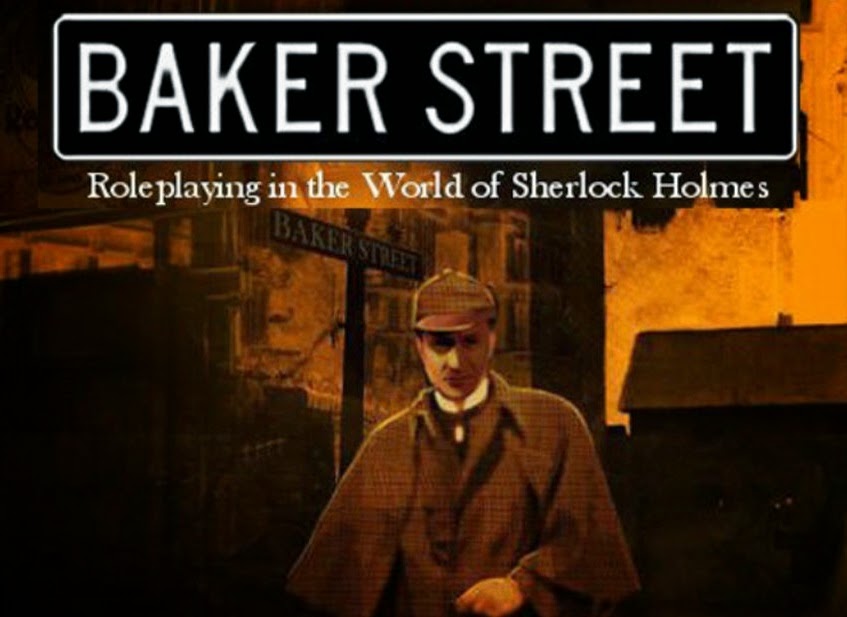 Fans of the Baker Street RPG Kickstarter project of last year will be pleased to hear that there are now eight new cases for players to solve.

Baker Street: Roleplaying in the World of Sherlock Holmes takes players back to Victorian-era Baker Street to aid Watson in keeping up with crime in Holmes’ absence after Reichenbach. The game provides a unique “Clue Card” system with investigation scenes acting as the driving force of the game. Now, the Baker Street Casebook #1 (below, center) features brand new mysteries for intrepid investigators. 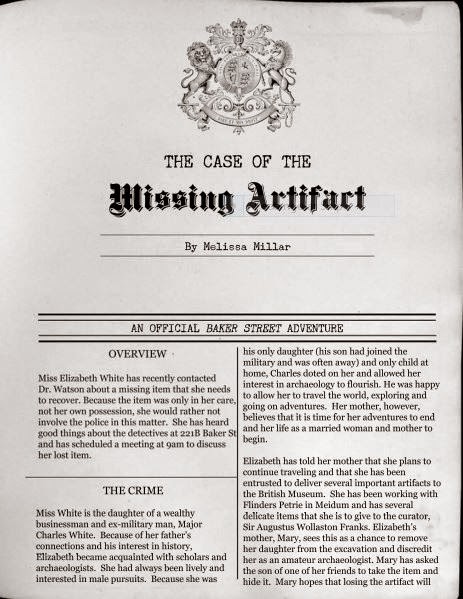 This is an expansion; the original game is needed in order to play. If you have the core set, then you can now add such cases as “The Case of the Mantis Murderer”, “The Adventure of the Mummy’s Curse” or “The Case of the Angry Goddess” to your campaign. And if you'd like to connect with other like-minded RPGers, there's a Google+ community of Baker Street players.

Baker Street and its expansion are published by Fearlight Games and are available to purchase on RPGNow. The game design is by Bryce Whitacre. The new Casebook adventures are written by Matt DeForrest, Jeff Grubb, Steven S. Long, Matt Lopshire, Mark Plemmons, Jeff Siadek, Bryce Whitacre, and Skip Williams.

Enter the world of Sherlock Holmes in this imaginative and authentic set of adventures!