The Sherlockian Origins of a Massive Jewel Heist

"All London was interested, and the fashionable world dismayed" [EMPT] 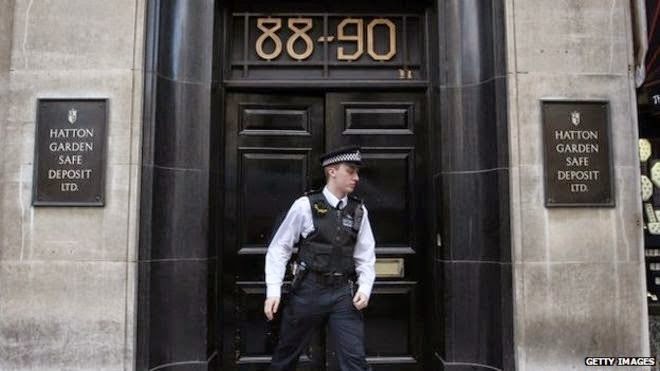 Last month's spectacular diamond robbery in London's Hatton Garden was historic in more ways than one, and, while it's still unclear how much loot the thieves made off with, experts estimate the haul's value may exceed £200 million. No arrests have yet been made, but as police disclose more details of the crime, a sense of déjà vu seems inescapable.

Hatton Garden Safe Deposit, Ltd., has been a leading secure facility for 60 years in the district which has been the hub of London's gold and diamond trade since medieval times. Yet on April 2, 2015, a six-man team entered the building after hours, rappelled down an elevator shaft into the basement, and drilled a six-foot tunnel into the vault, where they plundered 72 safe deposit boxes before absconding, according to DCI Paul Johnson of the Met's Flying Squad.

"very willing to have a holiday" [REDH]

The thieves struck during the Easter holiday weekend, a stratagem which gave them as long as four days to complete the robbery. According to ex-Flying Squad chief Roy Ramm, the affair had "a sort of old-fashioned audacity about it." Police have confirmed that the gang exited the building, only to return at least once during the long bank holiday weekend before escaping again. Investigators have called the Hatton Garden heist "sophisticated" and suggest that only a few individuals in the UK might be capable of pulling it off. 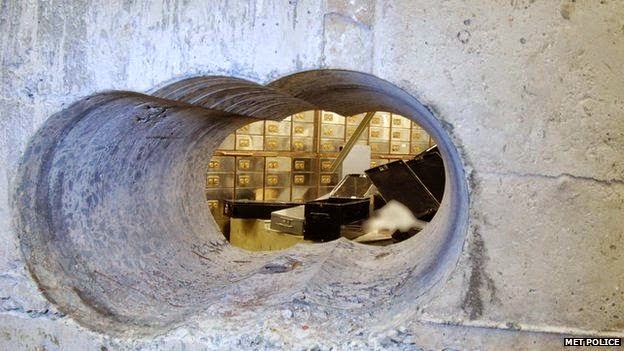 For students of the Canon, it's a case of life imitating art: A daring weekend robbery via tunnelling into a secure vault must instantly evoke John Clay's raid on the City and Suburban Bank in Conan Doyle's "The Adventure of the Red-Headed League," a scheme that was foiled by Victorian action heroes Sherlock "Hunting-Crop" Holmes and John "Quick-Draw" Watson. 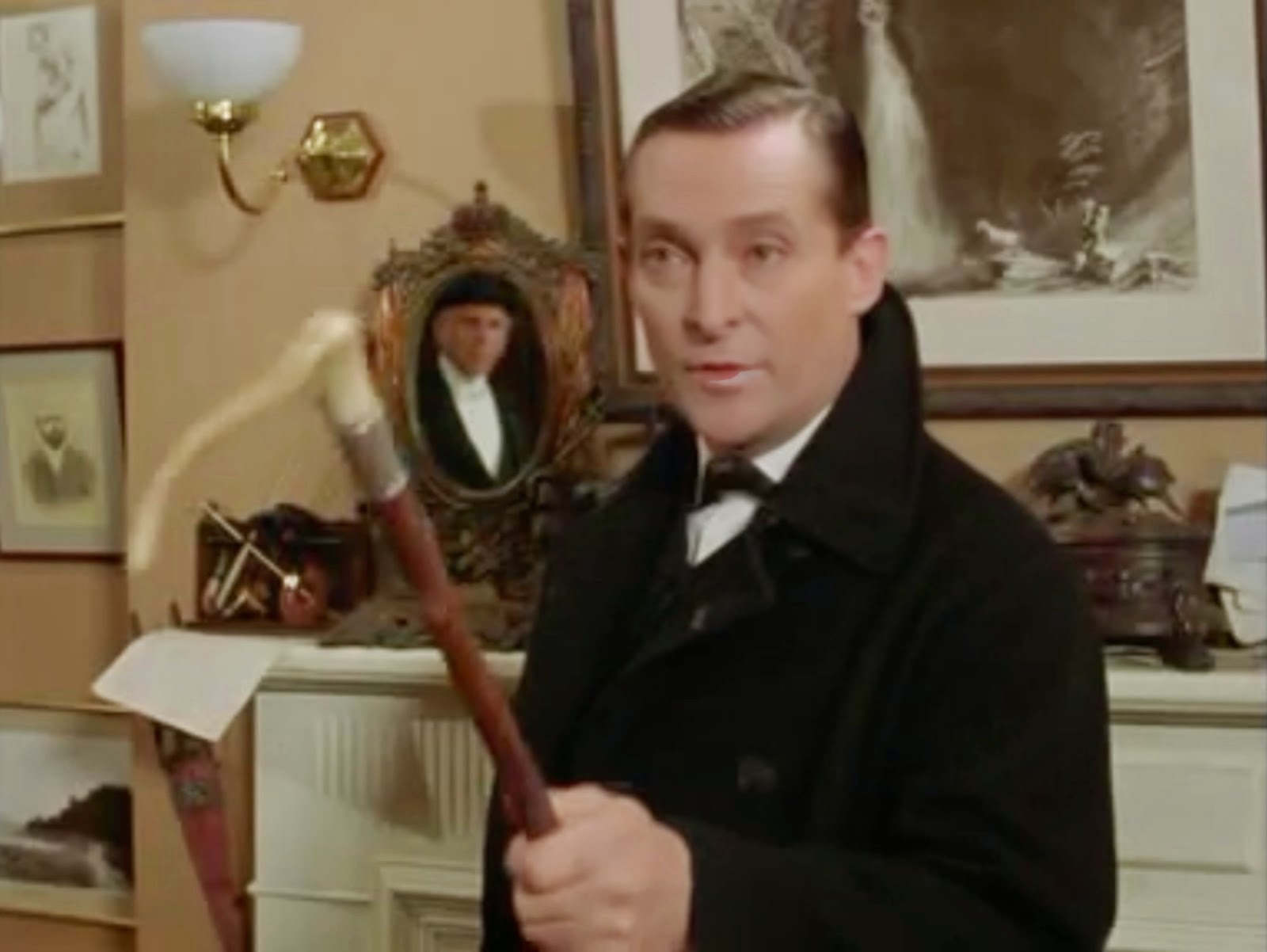 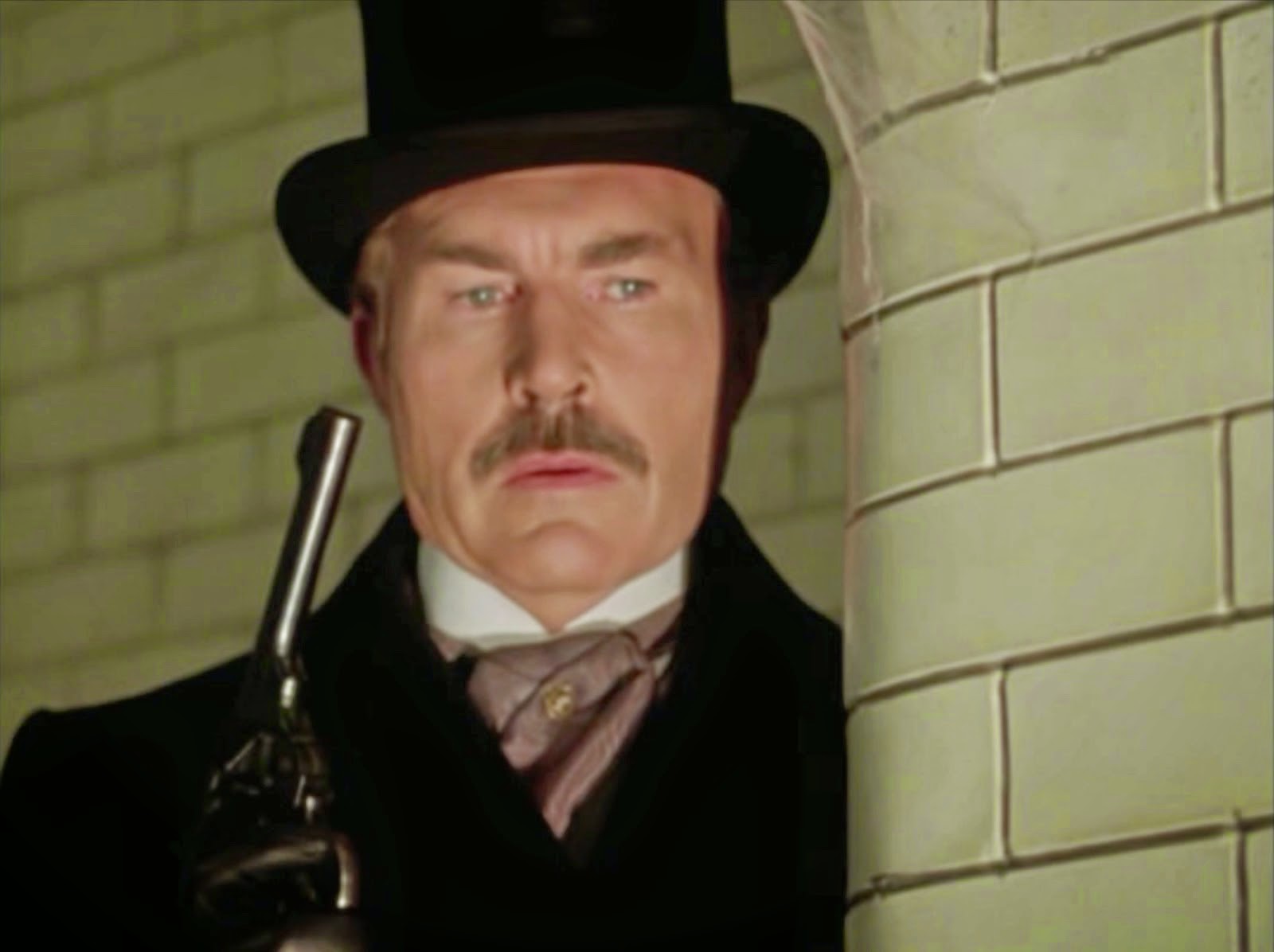 Jewelry industry expert James Riley told the BBC that the Easter weekend job was "highly organized and very cleverly masterminded." Indeed it was, in a more profound way than Mr. Riley may realize. For as surely as the Hatton Garden caper was life imitating art, the John Clay gang is art imitating life, in the form of the great Boylston National Bank Robbery of 1869, planned and executed by Adam Worth, whom Vincent Starrett called, "the original of Professor Moriarty."


"the Napoleon of crime" [FINA] 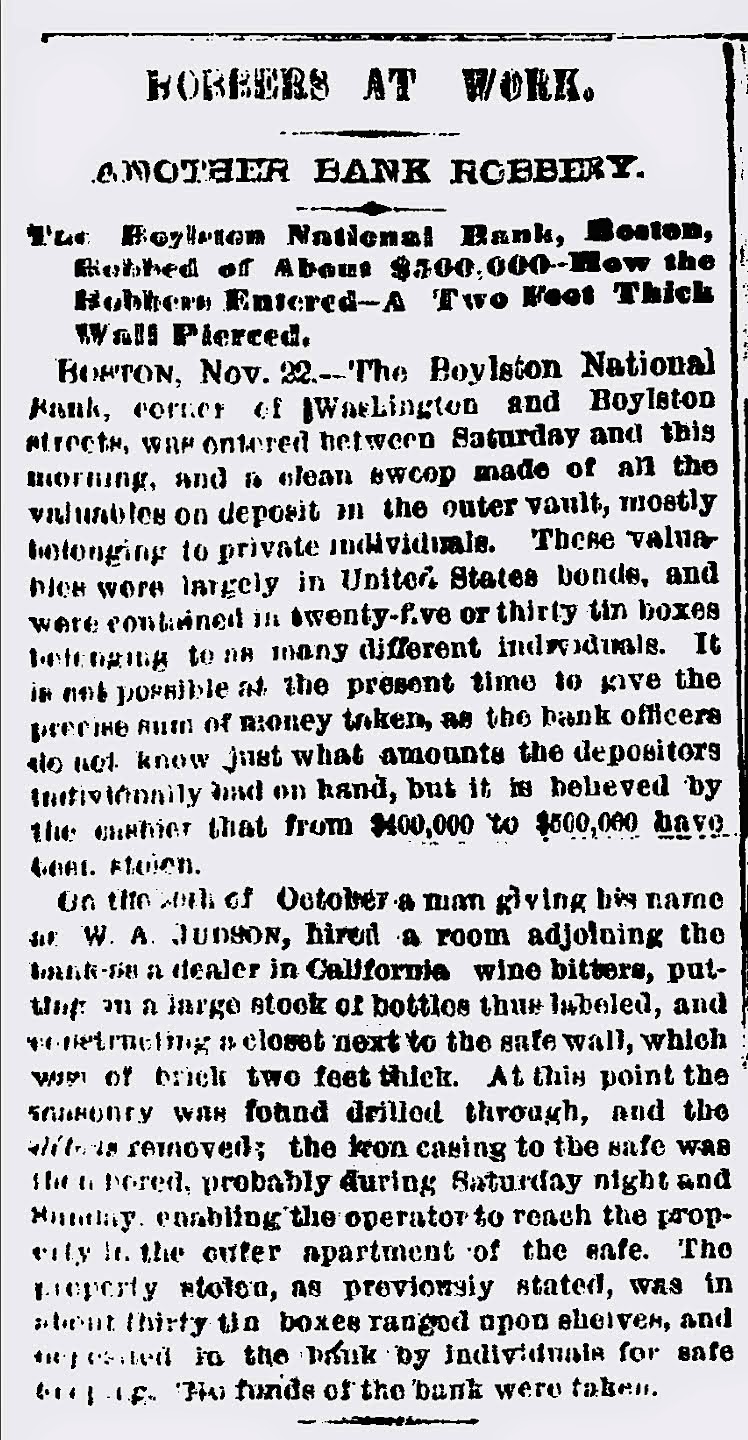 Worth, who rose from pickpocket to international master criminal, had a long career marked by audacity and an aversion to violence; his first big score was the Boylston job. In November of 1869, having chosen the Boylston National Bank in Boston as his target, Worth bought the premises next door and opened a shop selling a patent bitters that he claimed would run all others out of the market. The shop window was filled with bottles, preventing passersby from seeing inside, and a new interior wall was added, reducing the sales floor to a tiny area. One member of Worth's four-man team was always on duty dressed as a clerk, while the other three were in the back, tunnelling into the bank and piling the dirt behind the newly added partition. One week later, on a Saturday, the employees of the New Patent Bitters Co. cracked three safes inside the Boylston bank and made off with nearly one million dollars. Worth took his share to England, where he parlayed it into a criminal empire.

"Everything comes in circles – even Professor Moriarty," said Sherlock Holmes to Inspector MacDonald in The Valley of Fear.


The most practical thing that you ever did in your life would be to shut yourself up for three months and read twelve hours a day at the annals of crime."


To that end, you can learn more about Adam Worth in Remarkable Rogues:The Careers of Some Notable Criminals of Europe and America by Charles Kingston, and in The Napoleon of Crime: The Life and Times of Adam Worth, Master Thief by Ben Macintyre.

We would hope that police forces and bankers around the world would do the same.