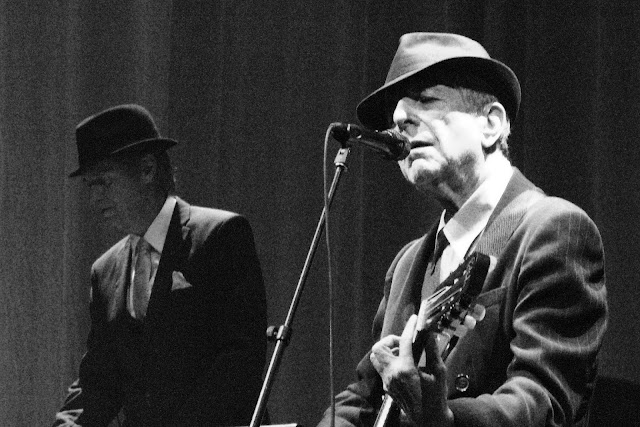 Love, Christmas and Sherlock Holmes have at least one thing in common: they’ve all been hugely popular subjects for songs.

The multi-talented Karen Wilson joined us on Episode 111: Hip Hop Holmes to share her tribute to the Master patterned after Lin-Manuel Miranda’s Hamilton. Now comes a new, well-crafted ode in the style of another distinctive singer-composer.

Leonard Cohen was a Canadian singer, songwriter, musician, poet, novelist, and painter who passed away in 2016. Among the hundreds of memorable songs Cohen composed and sang in a career spanning almost 50 years was 1984’s “Hallelujah,” evoking both early rock and gospel music. A version of Cohen's classic can be seen here and below.

Karen’s latest contribution to the Sherlockian Songbook is “Hallelujah Holmes,” encompassing Holmes as well as Christopher Morley and the BSI in its lyrics.  You can see and hear Karen’s performance of her song from the January 6, 2017 Gaslight Gala in New York City here and below: