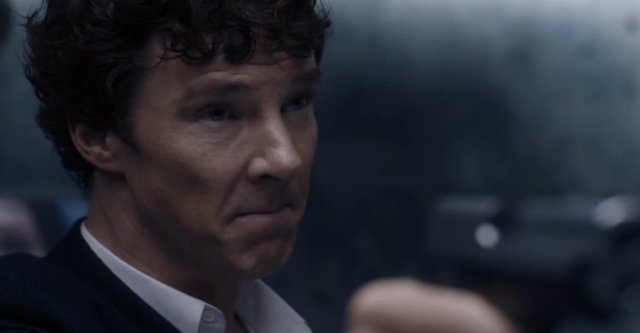 [Editor's Note: this is the ninth in our series of reviews for Series 4 of Sherlock. There are spoilers below. Do we really need to keep reminding you at this point?]

I'm gobsmacked at how bad "The Final Problem" was. No amount of rationalization or excuse-making can redeem “The Final Problem.” I'm embarrassed for them…all of them (well, except perhaps Molly Hooper).

It was not only bad Sherlock Holmes (was it even Sherlock Holmes at all?), it was bad story-telling — preposterous, bloated, tedious, and utterly unbelievable ("She arranged all of this in 5 minutes?").

I feared that the twist in the ending of "The Lying Detective" would portend something regrettable, but good God, who could have foreseen this? A mash-up of The Bad Seed, Saw, Silence of the Lambs, and James Bond...but no Sherlock Holmes at all.

"We reach. We grasp. And what is left in our hands at the end? A shadow. Or worse than a shadow - misery." [RETI]

Perhaps some credit could be given for ambition — something the series has always had. But my goodness…talk about reach exceeding grasp. The eulogy by Mary at the end (and have no doubt that was a eulogy…almost an apology) was quite wonderful, even thrilling, but far too little and far too late to save this complete disaster.

I've already read pathetically hopeful comments on Facebook that this last 5-minute epilogue points to a Season 5 that returns to the glory of Season 1. Don't fool yourself in your shocked, embarrassed grief. That was as clear a goodbye as could be. It's over (despite Moffat's and Gatiss's standard prevaricating), and as it turns out it was one episode too many.

Moffat and Gatiss fell prey to "last episode syndrome," where many a long-running popular series felt it had to end with an over-top-finale (see Seinfeld for a spectacular last episode fail).  It's over, and now I say thank God it's over. Whew.

When it was good it was truly great. But it's going to be a while before we all get the taste of that out of our mouths.

I guess the race really does go to the tortoise.