"it was really not more than twelve." [WIST] 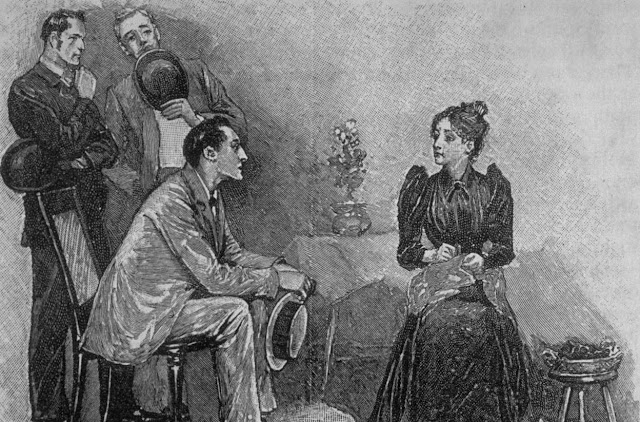 There are a few constants in the Sherlockian world at the end of the year: Blue Carbuncle Day, hoping to find new Sherlockian items under the tree, and Leah Guinn's 12th Night Giveaway on her blog, The Well-Read Sherlockian.

For the past five years, Leah has posted daily Canonical questions to her readers and rewarded correct answers with prizes guaranteed to make Sherlockians smile. Leah was nice enough to let us peek behind the curtain at her process of creating the annual contest that runs from December 24 - January 6.


I Hear of Sherlock Everywhere: This is the fifth annual 12th Night Giveaway. What prompted you to start a twelve day contest?

Leah Guinn: I had seen various internet and blog giveaways, and I like giving presents, so I mentioned on the blog’s Facebook page something about wishing I could do a giveaway for 12th Night, but that I was running out of time and didn’t have a ton of money. Carrie (and I can’t remember her last name, but she was one of the Stormy Petrels blogging team at the time) said that the prizes didn’t have to be expensive, and I realized that she was right. Of course, I like Christmas Eve, so I ended up adding a few days.

IHOSE: On average, how many correct responses do you receive for a standard question and what is the biggest response you've had to a question?

LG: The Giveaway has been steadily growing, but I’d say that the average number of responses is about 7. So people really do have a good chance at winning on any given day. The largest number of responses was about 25, for last year’s grand prize—a bound copy of The Strand Magazine.

IHOSE: What is your favorite item to give away and why?

LG: I really like giving away Baker Street Journal subscriptions. They’re hugely popular, and people try for them who don’t care about any of the other prizes. Plus, I like the idea that they can help people feel connected to the larger Sherlockian world, and be inspired to write their own articles.

IHOSE: This year, your theme is literary allusions. What made you choose that theme?

LG: Themes make it easier to figure out questions, and to hopefully insure that I don’t repeat them very much. I just started skimming over the Canon for ideas, and I figured that “literary allusions” would give me a lot of question options, and that the answers would just challenging and interesting enough. I don’t want to insult people by asking them to answer easy questions, but I don’t want to make things so difficult that people give up, or that I risk not being able to answer them, either.

IHOSE: How has the 12th Night Giveaway changed over the years?

LG: Well, I had to do some tweaking with the rules early on. I used to have the prizes grow bigger as the game went on, and if people could only win once, no one was going to try for the smaller items. Since those were often handcrafted by other Sherlockians, I didn’t want them to be passed by, so I changed things so that people could win twice, and then everyone could go for the grand prize. Now, too, the prizes vary in size and value throughout the Giveaway, although the Grand Prize is still pretty cool. I hope.  And the value of the prizes has been rising. Once I learned that I could find very nice Sherlockian collectibles at decent prices if I looked hard enough, and didn’t insist on mint condition, I found so much great stuff.

IHOSE: How do you go about creating your questions for the contest and how far in advance do you start working on it?

LG: I think about it on and off all year, but I really start working on it after Thanksgiving. It takes time to make sure I have all of the prizes, to organize them, to come up with the questions, match the prize to the question and the question to the date. I have to write it all down, so I won’t forget.

IHOSE: Each day’s question is prefaced by a short autobiographical story. Do you think of those first and then tie a question to it, or vice versa?

LG: It’s sad, but I tend to come up with those little posts on the fly. I was thinking today that I should actually write something educational for them, but to do that, I’d have to write them months in advance. In the rush of the holidays, I don’t have what it takes to do an in-depth article on Holmes every day. 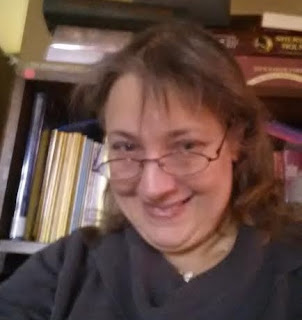 IHOSE: How do you choose each year’s prizes?

LG: I look for them allllll year round. Everywhere we travel, every antique store, old book store, flea market, conference….I am always looking. Sometimes I spend a few hours trawling around eBay or ABE books. It is seriously the best part of the entire thing. I get really excited when I find something truly nice, and in the end, I tend to find I’ve overbought. I don’t have any 2015 holdovers, but last year, some 2014 prizes finally came out of the closet. I do try to keep track of what generates enthusiasm and what does not. I’ve learned, for example, that stuffed animals are not a thing for many people. Old BSJs and vintage copies of the novels and short story collections are always loved.

IHOSE: What is your favorite Canonical story?

LG: "The Illustrious Client."  I really like A Study in Scarlet, because it’s an origin story, but when I read ILLU, I was blown away by Conan Doyle’s ability to portray actual evil and perverted sensuality in such subtle ways. I have known people as sociopathic as the Baron. And we’ve all known people as foolish as Miss de Merville, if we haven’t been her ourselves. I feel that Conan Doyle is at the height of his powers in that story.

IHOSE: Your blog is also a treasure trove of Sherlockian book reviews from over the years. What makes a good book?

LG: The characters. Your protagonist and antagonist in particular need to be living creatures. The reader has to care about them, otherwise your beautiful plotting won’t do you any good. For a good pastiche, you need to be able to show us who Holmes and Watson are, for example, and not just what they do. Also, pacing. Your story can’t move too quickly, or too slowly, and you need to keep the reader wondering what happens next. I once read a pastiche that needed so much improvement when it came to canonicity, etc., but the author was very, very good at pacing. It wasn’t a very good story, but it kept me turning pages.


Leah Guinn has written a monograph on writing pastiche, "Sherlock Holmes and the Adventure of the Blank Page" that is available through the John H. Watson Society. She has also co-authored A Curious Collection of Dates: Through the Year with Sherlock Holmes with Jaime N. Mahoney, published by Wessex Press. She is also a member of the Illustrious Clients of Indianapolis, the John H Watson Society, and The Studious Scarlets. You can find her on Twitter as @LeahGuinn.

And you can listen to Episode 95, in which we interviewed Leah and Jaime about their book: