The Bostonian with the Twisted Lip

"The poetic and contemplative mood which occasionally predominated in him." [REDH] 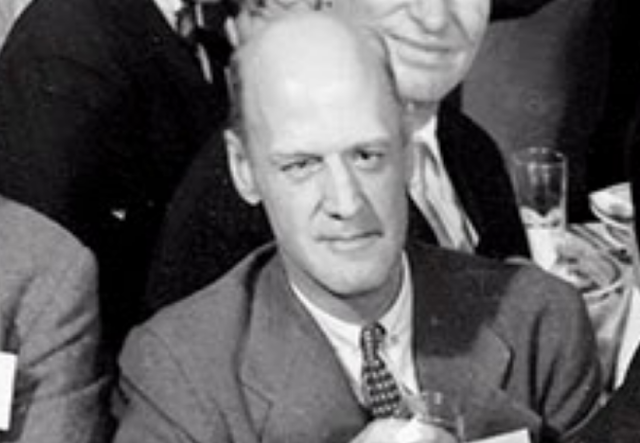 The ranks of the Baker Street Irregulars have included both a Wrigglesworth and a Wigglesworth. Doug Wrigglesworth, BSI ("The Retired Colourman") is a Toronto-area Sherlockian and Doylean; this note, however, is about the 12-letter Wigglesworth, the first of four BSIs who have held the title "The Man with the Twisted Lip."

[Editor's Note: a small mystery, in looking at the list of Baker Street Irregulars — Wigglesworth died in 1977 and is listed as having received his investiture in 1944. However, another Irregular (Edward Bartlett) was invested as "The Man with the Twisted Lip" in 1952. Traditionally, investitures are only reused when Irregulars are finished with them (i.e. deceased). The same investiture was then granted to Stanley MacKenzie in 1967 and this year to Charles Prepolec. What might the circumstances have been that caused Wigglesworth's investiture to be recycled twice in his lifetime?]


I never met Belden Wigglesworth — and most Sherlockians now alive have probably never heard of him — but something got me thinking about him the other day, and the debt we owe him. I hope the Mycroft Holmes Society of Syracuse, New York, makes occasional pilgrimages to his grave site in that city. 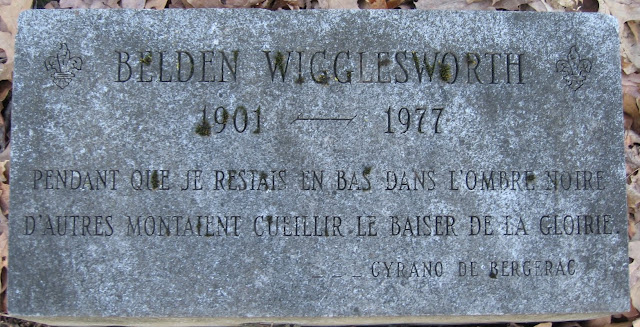 He was descended from a notable New England family, though born (1901) in New York, and apparently in some sense coming from Arkansas. Educated at Harvard, class of 1923, he must have been familiar with the landmark Widener Library, though not the newer Houghton Library where the archives of the BSI Trust are now housed. Because the files of Harvard's newspaper The Crimson are online, we can know easily that he played squash, rowed crew, and organized a charity clothing drive during his undergraduate years.

He took up employment briefly with the Bank of New York, spent (an obituary mysteriously says) "several years abroad," worked for the Boston and Maine Railroad, and somehow ended up editing a newspaper in southern California. Sherlockians, and Harvard graduates, are versatile folks. He was married twice, first to Olive Brogan and later to Doris Drake. He lived in Arkansas again in retirement, and died there in 1977.

When he first came to Sherlockian notice in 1941, he had just moved "from Arkansas to Boston", according to a letter written by James Keddie of the Speckled Band of Boston, where Wigglesworth was apparently a new member (and would be a mainstay for long afterwards). This letter is on the public record because it is transcribed in one of Jon Lellenberg's books about the early years of the BSI, a stunningly detailed archive of information about the great ones of past generations. His Irregular Records of the Early 'Forties shows Wigglesworth on the attendance list of the BSI dinner in January 1942. Indeed, he contributed to the program, reading a poem he had written, "Ballade of Baker Street". (This verse is not the same as the better-known "Ballade of Baker Street" by mystery author Carolyn Wells, which first appeared in 1908. When the Wigglesworth verse was eventually published, it was given a new title: "Ballade of Watson in the Morning.")

Ballade of Watson in the Morning

Whether Baker Street was foggy or fair,
Snow-bound or by autumnal rains washed clean,
Paradoxically life ran smoothly there,
Because Sherlock Holmes had no set routine.
But Watson indulged in slumber serene
'Till ungodly hour (he gave due warning—
A Study in Scarlet). Yet one truth I'd glean:
When did Watson get up in the morning?

Taking cocaine or filling the air
With violin-chords to conquer his spleen,
Time between problems he found a night-mare
Because Sherlock Holmes had no set routine.
Army and medical training between
Them made Watson (both professions adorning)
"A seasoned campaigner," but doubts intervene:
When did Watson set up in the morning?

"Come, Watson, the game is afoot!" The flare
Of a candle at dawn illuminates the scene,
As Watson's awakened by his confrere
(Because Sherlock Holmes had no set routine),
But this is the rule's exception, I ween—
Watson, the laggard, his record scorning.
The problem's still with me, as always it's been:
When did Watson get up in the morning?

With Baker Street's master no mystery's seen,
Because Sherlock Holmes had no set routine.
I ask, though reply dies ever a-borning:
When did Watson get up in the morning?

He was also at the BSI's 1943 dinner, and presented a paper about Sherlock Holmes's possible coat of arms. Sherlockians had so little to argue over in those days — though the first shadow of Johnlock had come with Rex Stout's "Watson Was a Woman" bombshell in 1941 — that the subtleties of heraldry became a dearly cherished controversy. When Wigglesworth's paper was published in 1944 in Profile by Gaslight, it was accompanied by a rebuttal from another respected Sherlockian, Julian Wolff.

Belden Wigglesworth came to national fame also in 1944, when Life magazine published a piece about the continuing popularity of Sherlock Holmes, with a few words about the BSI. Photographs of Sherlockians included one of Wigglesworth showing off a (possibly not authentic) swamp adder. That picture was probably taken at a Speckled Band meeting in Boston, since Wigglesworth was not at the January 1944 BSI dinner. He did, however, get to New York for the so-called "Trilogy Dinner" in March, when the BSI helped launch three Sherlockian books and, for the first and last time, held two formal dinners in a single year. 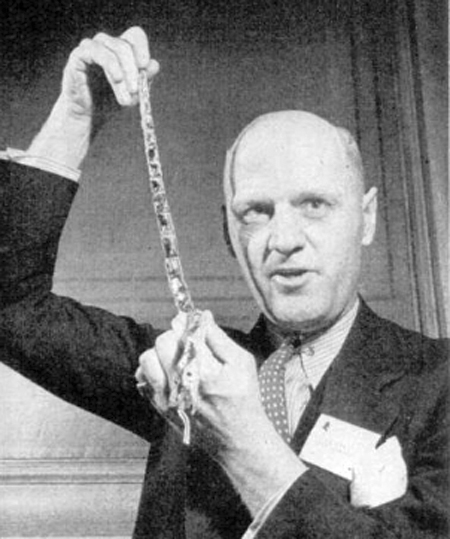 Belden Wigglesworth is sometimes described as being among the first class of Irregulars to receive investitures, but the reality is that he was not in the list of those assigned titles in 1944; his Twistedness came in April 1945, at a Speckled Band gathering in Boston. Much more could be said about him and his continuing contributions to the Sherlockian world, up to and including a role in founding the Arkansas Valley Investors of Little Rock in 1969.

Sirs, here we have the medium that we
Have long desired, through which we can express,
Each one of us, with fervent eagerness . . .
Reluctantly . . . or otherwise with free
Logicians’ minds, the truth of truths we see
Once overlooked in Baker Street. Ah yes,
Confession’s good, and here we’ll all confess
King, prince and commoner, religiously.

Here we will give our Watson his full due;
Or, seeking other avenues, explain
Less happily for Scotland Yard the crimes
Mishandled by Lestrade and Gregson: clue
Engenders clue to end in Sherlock’s gain,
Since he remains the master of our times.