Jeremy Brett: With a Wink and a Smile 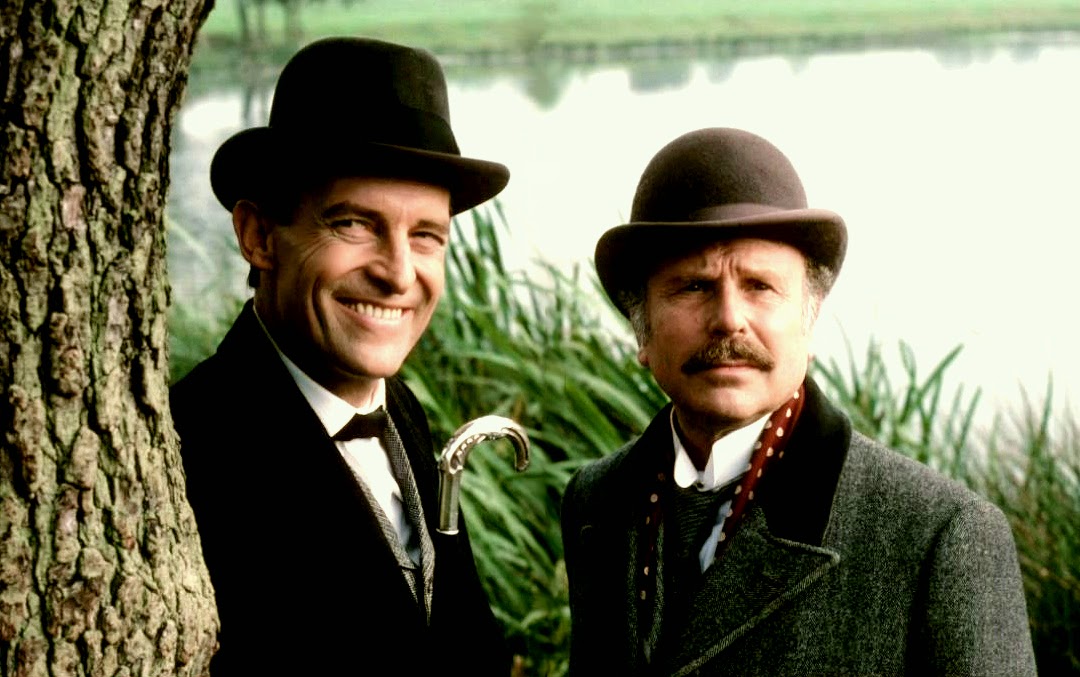 Every generation has its Sherlock Holmes. Gillette. Norwood. Rathbone. Cushing. Wonter. Brett. Livanov. Cumberbatch. Each squarely inhabits a decade or more of being associated with the great detective, and each has left a unique and indelible mark on the role.

We were fortunate to discover Sherlock Holmes in the Jeremy Brett era. The richness of the earlier Granada episodes, with their faithfulness to the Canon, period setting and excellent cast made for viewing experience that burned him into our minds.

Brett brought a lot to the role of Sherlock Holmes, but the eccentricities of his portrayal in the waning years of the series may blot out some of the more subtle expressions of character in the earlier ones. We submit that the video below, which is a thoughtful editing of some of these very special moments, should make one think again about the masterful acting skills that Brett brought to the role to form a much more human and fully dimensioned Sherlock Holmes.