"among your extensive archives" [DEVI] 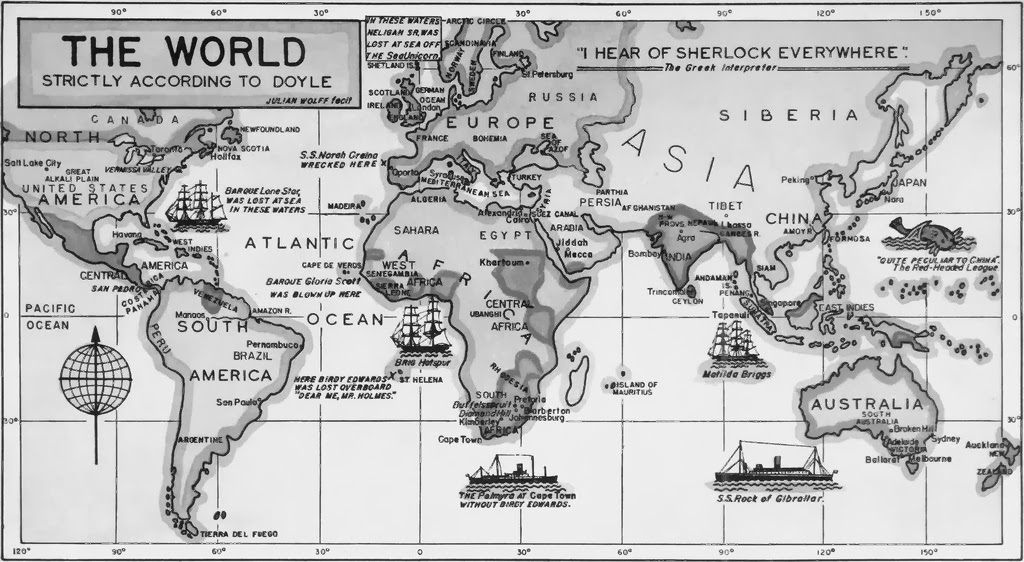 Since we recently relaunched our site, we've discovered a small glitch that makes getting to some of our older shows a bit difficult. There are navigational aids on the site such as the Interviews drop-down in the right column on the web, and the Podcast Episodes and Interview Shows sections below, but they are each limited.

We've created a new navigation in the toolbar above under "Listen" that includes our Latest Episodes and our Show Archives. We hope that these will help you find what you need. We've also reproduced the Show Archives page here and will update it with each new episode we post.

And if you're just finding your way here for the first time, please be sure to read our New Here? and Resources pages, which contain a veritable plethora of valuable information not only about this site, but about the Sherlockian world in general.

This is where we chronicle the full archive of all of the I Hear of Sherlock Everywhere episodes, the first podcast for Sherlock Holmes devotees. We like to think of ourselves as Car Talk for Sherlockians, but most of all, we hope you'll find us an enjoyable and valuable resource.

Each link in the list will take you to the page with that episode's notes, a player and the ability to download each episode. You'll find our most recent episode queued up in the player below. And of course, be sure to subscribe to our podcast via email, iTunes, or with our IHOSE Android