Ready to be #Sherlocked: The Official Sherlock Convention

Just announced today from our friends at Sherlockology is Sherlocked: The Official Sherlock Convention.

Details are still unfolding, but later in 2014 over the course of three days, there will be a major event, run by Massive Events in association with Hartswood Films and Showmasters Ltd. Of course, Hartswood are the producers/distributors of Sherlock and Showmasters and Massive Events are experienced with fan conventions and major trade shows that attract the likes of the rabid fanbase that we know Sherlock has. 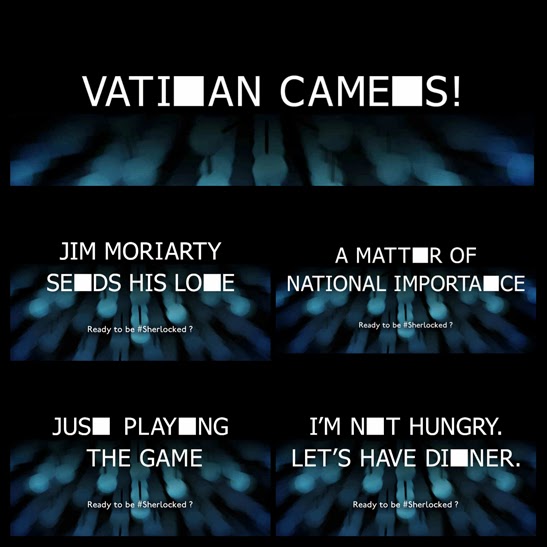 For those paying attention at home, the code spelled: CONVENTION.

At this point, all that we know is that the event will take place over 3 days in 2014 and will feature an array of Sherlock themed activities, appearances from the cast and crew of the show, talks, photoshoots, autograph opportunities and more.

To get more information on the event, visit the official Sherlocked: The Sherlock Convention site and enter your information. You can also follow them on Facebook and as @SherlockedEvent on Twitter.

Do you think you'll attend? Let us know. We may need some correspondents.