The New Sherlock Trailer Is Here and It's Amazing

"which called for special attention" [BLAC] 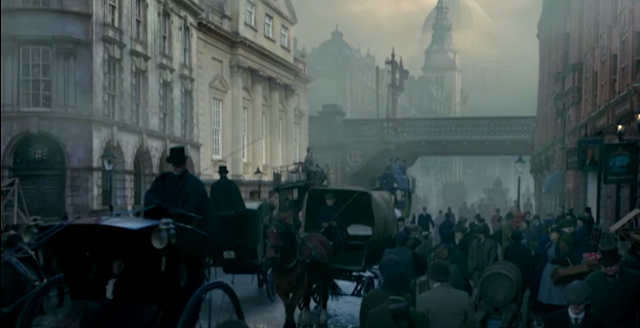 Fasten your Victorian seatbelts! The latest official trailer for BBC One's Sherlock special is 90 seconds long and is filled with settings and period costumes to make your traditional Sherlockian fingers tremble with excitement.

We've previously covered the announcement of the time period of the special and its early trailer. But this version is a more detailed glimpse of what the special will feel like, from locations to co-stars to the overall richness of the cinematography. While we don't have any more information about the plot, the trailer certainly makes it seem as if we're awaiting the release of a major motion picture — for that's what these 90-minute long Sherlock

episodes really are, aren't they? Stories that, while related to the other episodes, firmly stand on their own as televised movies.

With the release of the latest trailer, neither the BBC nor PBS Masterpiece has made it clear when we should expect the special to air. Rumors have long indicated that it might be around Christmastime, but we have yet to receive any word from the showrunners what we should expect.

Meanwhile, pray pull up your armchair to the fire, settle in and enjoy the latest Sherlock trailer...