Hamlet: Or, Sherlock Holmes and the Great Dane

"the stage upon which tragedy has been played" [HOUN] 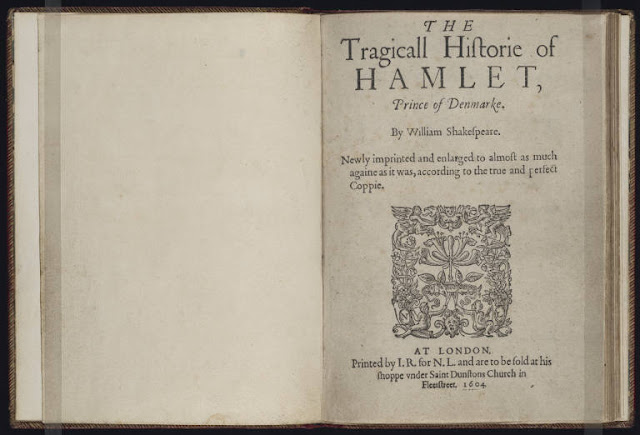 The Sherlockian world doesn't always pay close attention to who's starring in what at the Barbican Theatre in the City of London, even though it is just a short stroll from St. Bartholomew's Hospital and even closer to the Museum of London, which hosted a major Sherlock Holmes exhibition earlier this year.

But when Benedict Cumberbatch, known to the world as the star of BBC television's Sherlock, is playing the lead at the Barbican, that's different. Sherlockian blogs and tumblrs are full of the news, and Sherlock fans are certainly among the sellout audiences that the Barbican has been enjoying even before the play has its official opening on August 25.

The enthusiasm has spilled well beyond the Sherlockian world, of course, and controversy has been loud after some newspaper reviewers couldn't wait until opening night to publish reviews of the still-unpolished production and especially the performance of Cumberbatch himself. 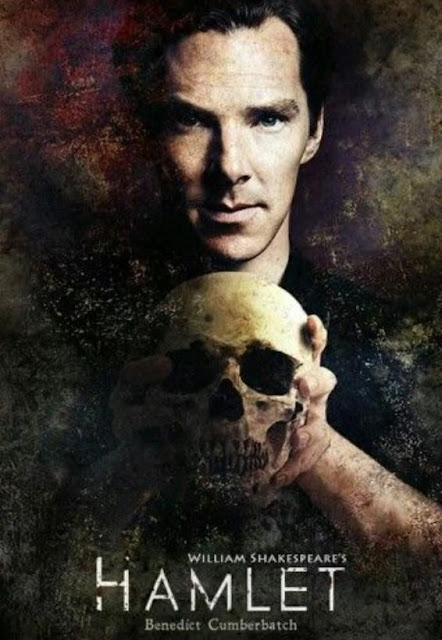 The play, by the way, is William Shakespeare's Hamlet, which on the face of it has no Sherlockian significance except that, come to think of it, "Shakespeare's Hamlet" has quite a lot of the same letters as "Sherlock Holmes" — the sort of coincidence certain pastiche authors would use as a major plot point. William D. Goodrich in his New Good Old Index

manages to find several resemblances between phrases in the play and phrases in the Canon, such as Holmes's use of the words "stale and unprofitable" in "A Case of Identity" and Inspector Forrester's reference to "madness in his method" in "The Reigate Squires."

But there is more to be said. I suspect I am the only person in the world who was first exposed to Hamlet not by reading it, not by seeing it, not by listening to a teacher talk about it, but by reading The Baker Street Journal. That was in the summer of 1964, when I was a brand-new subscriber and in fact a brand-new Sherlockian, having worlds opened to me practically every day through the lens of Sherlock Holmes.

The lead article in the June 1964 BSJ was "Her Death Was Doubtful," by long-time Irregular Russell McLauchlin. It imagines "a Norwegian named Sigerson" stopping by the court at Elsinore, shortly after the crowning of Fortinbras has restored order to Denmark, and raising some awkward questions about why Ophelia had time to chant "snatches of old tunes" before going under the water, but nobody bothered to pull her out. "However improbable," the investigator tells the king, "murder is the truth."

I read this stuff with fascination, never having read Shakespeare's less suspicious version of the incident. When I was finally called upon to experience the original text — it was in my last year of high school — the curious incident of the explorer Sigerson continued to colour my understanding of Ophelia's death and the deep-dyed villainy of King Claudius.

And that is the sort of unexpected effect that being a Sherlockian can have on the non-Sherlockian parts of your life. (It was also through Sherlock Holmes that I first encountered Carlyle and Goethe and miracle plays, by the way; but Benedict Cumberbatch hasn't undertaken to bring any of those to the masses. At least not yet.)