The Murder of Sherlock Holmes — A Review 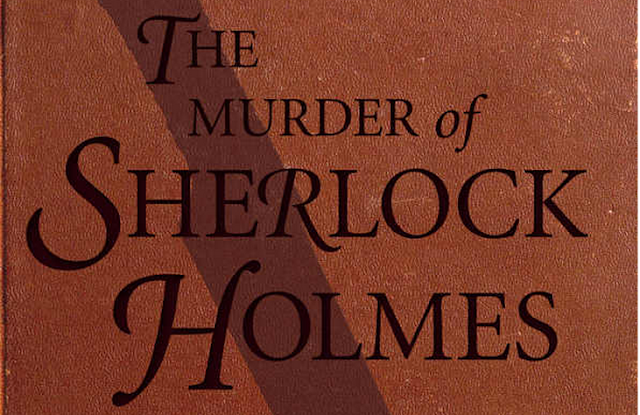 With Mr. Holmes providing a great example of Sherlock Holmes in his later years, many recent pastiches (including Michael Chabon's The Final Solution

) have used an elder Holmes as a way to explore deeper issues.

is a great mystery that does what many writers might not make an effort to do - use Holmes' death to launch into an exploration about how an individual leads his life in his later years.

Fable does an admirable job in providing the kind of mystery that would intrigue Holmes himself: what happens when the Great Detective is found dead? Dr. John Watson decides to lead the case, accompanied by Christopher Hudson (Mrs. Hudson's son), and together, their efforts explore the world of Holmes (including some characters) post-"His Last Bow."

In many ways, this is a book that reflects and builds upon the Canon, yet takes some great narrative chances. One of those chances is splitting the narration between Watson and Christopher Hudson. For this particular story, that split perspective allows for a much broader interpretation and confirmation of events. (It also helps that Fable's constructed a very solid mystery - one worthy of Holmes himself).

There is, however, one revelation about Holmes (and we will avoid spoilers) that comes close to the end of the novel. Although this revelation makes sense within the confines of the book, it may be a bit surprising (or perhaps even rather left-field). However, it does not derail the book's overall narrative structure, and at the end, David Fable provides an excellent quote that rivals Watson's best quotes about Holmes.

The Murder of Sherlock Holmes is a surprising novel in more ways that one. It manages to take a step beyond pastiche, and serves as a crackling good read in its own right. Worth checking out.

(A complimentary copy was provided for review)