My First Night Among the Sherlockians

"Saturday night is our meeting” [VALL] 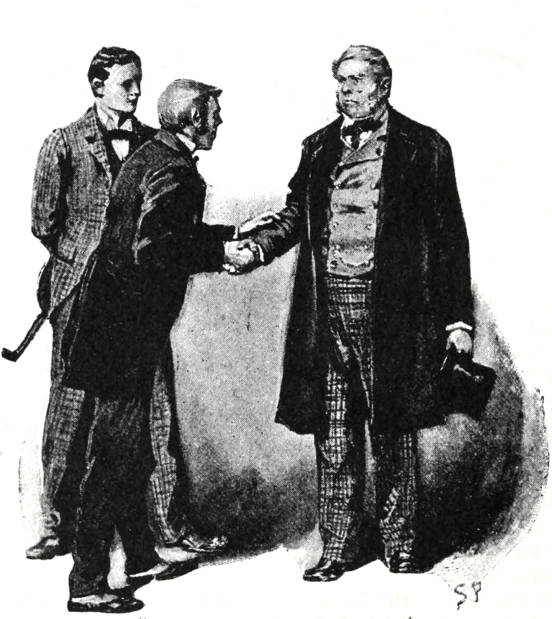 Last month, I ventured from the safety of Internet Sherlockian discussion to meeting real-life Sherlockians when I attended my first-ever Sherlock Holmes Society meeting. The Harpooners of the Sea Unicorn met in St. Charles, Missouri to discuss “The Adventure of the Stockbroker’s Clerk.” So I pushed myself out of my comfort zone and made the 45 minute drive to attend my first society meeting.

I remember Sherlock Hemlock and The Great Mouse Detective fondly from my early years and can tell you I ordered The Revenge of the Hound by Michael Harrison from a Scholastic book order when I was in sixth grade, but my first interaction with the Great Detective is gone from my memory.  Twelve years ago, I received a copy of the Canon for Christmas, and I can pinpoint my obsession taking off from there.  Exhaustively reading the original 60 stories led to reading pastiche and eventually scholarly writings. Along the way, I wanted to find others whom I could discuss ideas and questions with, so like most people these days, I took to the Internet.

And why would I ever need to meet people in real life when I had Twitter, I Hear of Sherlock Everywhere, Sherlock Peoria, Sherlockian.net and so many other great resources available whenever I wanted and from the comfort of my own couch? Not to mention DVDs of Jeremy Brett and Benedict Cumberbatch to watch on the weekends?  Pfft, who needs to go to a meeting?

Turns out, I did.

Sure, listening to IHOSE every month is almost like having a conversation about Sherlockian topics, and tweets thrown out to the wind can lead to some great discussions, but I still wanted more. My wife humors me for a while, my six year old daughter is only interested if I can make Holmes relevant to Peppa Pig, and my friends just stare at me blankly when I start to ramble. I needed some other Sherlockians that would know who I’m talking about when I mention Jefferson Hope or Thorneycroft Huxtable.

I had no idea what to expect with my first meeting. I can say I was pleasantly surprised. I sat down to an informal dinner with four other Sherlockians ranging from high school aged to retirement. Dinner conversation drifted all over the place, from news of the Pope to the books of John Green. But once it was time to start, we delved into the problem of Hall Pycroft’s gullibility.

As I reread the story in preparation for the meeting, I kept thinking about Pycroft and Jabez Wilson from "The Red-Headed League."  I was feeling pretty superior about our modern day society.
"Victorians were so gullible," I thought.  “We wouldn’t fall for such a ruse. We’re much more advanced."

And then the meeting’s paper was presented, showing all of the parallels between the scam in "The Stockbroker’s Clerk" and Ponzi schemes and the Bernie Madoff scandal. Well, that made me rethink my superior attitude, and led to a very insightful discussion about confidence schemes and how prevalent they have been throughout history.

My other question about this story was why Holmes made it a point to bring Watson along. There was no expected need for his medical expertise, and since Holmes didn’t ask Watson to pack his revolver, one can presume he didn’t expect things to turn too rough, so why did he hunt down the good doctor at the beginning of the story? I brought this up as part of our discussion, and everyone seemed to agree that it was because of their friendship. At the beginning of this story, Holmes and Watson have not seen each other for a while, and the general consensus was that Holmes just wanted to have someone to share his adventure with.

After going to my first (and definitely far from my last) Sherockian meeting, I know how Holmes felt.  Sometimes you just need some like-minded folks around in real life.


Editor's note: this is Rob's first post for I Hear of Sherlock Everywhere.