One Area in Which Dr. Watson Excelled 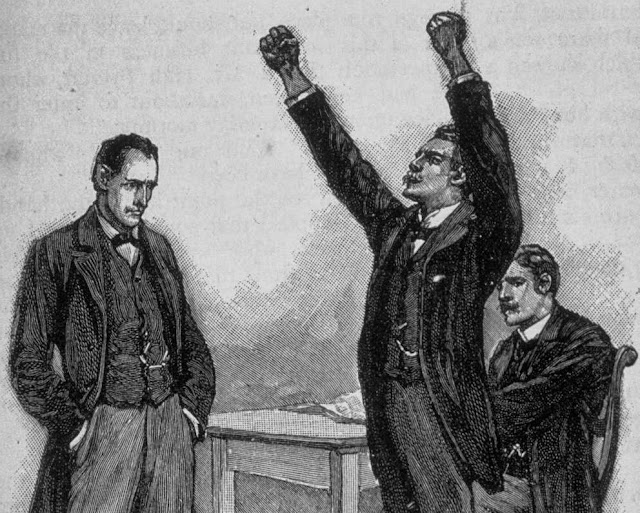 We're accustomed to seeing Sherlock Holmes triumphant. Whether it's in his cases (except the rare times he finds himself on the losing end) or in his demonstration of his superior intellect, the detective is ascendant over clients, over the police force and even over Watson ("It may be that you are not yourself luminous, but you are a conductor of light." [HOUN]).

And while Watson enumerated "Sherlock Holmes — his limits" in A Study in Scarlet, there were other areas in which the good doctor was better equipped than his flatmate. There were areas that Holmes clearly recognized:

But someone analyzed the Sherlock Holmes stories in their totality and realized that Watson came out on top in another way:

We were reminded of the clip above when we saw the news today that Stephen Fry will step down as the host of QI on BBC Two, a position he's held for 13 years.

Of course, Fry's bona fides in the Sherlockian world are many. We enumerated quite a few when he first announced that he was to play Mycroft Holmes in Sherlock Holmes: A Game of Shadows

. He is also an avid supporter of the Undershaw Preservation Trust. And as it should be clear from the clip, he is quite familiar with the Canon. We wish him well in his continuing adventures outside of QI.

Finally, we'll make a note of The Top 10 Most Suggestive Lines from the Canon, which is always worth a share.