"I call him father, though it sounds funny" [IDEN]

On November 5, CBS will air the first episode of Season 4 of Elementary

, titled "The Past Is Parent." Fans have been awaiting this episode since the conclusion of Season 3 ("A Controlled Descent") in which Holmes's friend and former recovery sponsor disappeared and Joan told Holmes that his father would be coming to town to help him patch up his life.

Of course there's great intrigue over John Noble joining the cast as patriarch Morland Holmes. The elder Holmes arrives in New York to help with the criminal charges in the aftermath of his son's violent behavior and relapse. It will be intriguing to see how much we learn about Holmes Sr. and his relationship with Sherlock. Season 4 opens with "The Past Is Parent," but it isn't clear how many episodes beyond the opener will feature Noble.

While many characters such as Mycroft, Lestrade, Moriarty and more, are taken from the Canon, we never had the opportunity to meet Sherlock Holmes's parents. We've seen interpretations or glimpses of them in such productions as Sherlock or The Seven Per-Cent Solution

, and a spinning of them from whole cloth in William Baring-Gould's Sherlock Holmes of Baker Street

, but we know absolutely nothing of them in Sir Arthur Conan Doyle's original stories.

What do you think? Are you looking forward to another season of one of CBS's most popular shows? How do you think the father/son relationship will play out? 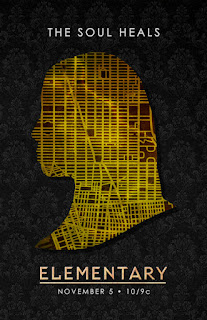 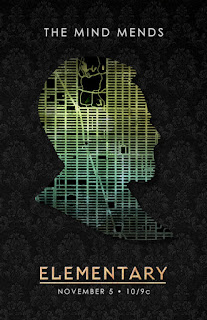 Shop for Elementary on Amazon and support our site: