OTD: Without a Clue 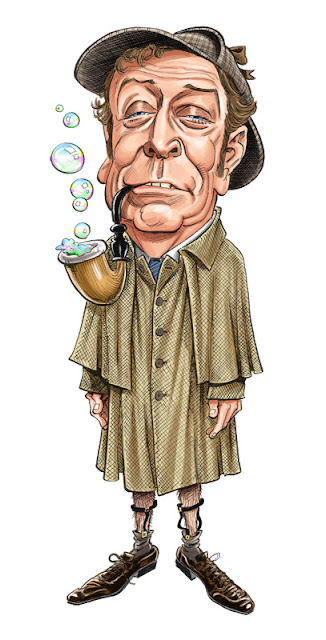 One of the more unlikely Sherlock Holmes movies to come along in recent memory is Without a Clue (1988), starring Michael Caine and Ben Kingsley.

Well, we should clarify. When we say "recent memory," we of course refer to anything within the last generation or so. And with today marking the 27th anniversary of the release of Without a Clue, that still manages to keep us within striking range of a generation, according to our calculations.

In case you're not familiar with the plot of the film — and we highly recommend that you watch it — our hero, Sherlock Holmes, is nothing more than a profligate drunkard of an actor, hired by Dr. Watson (known to himself as "John Watson, the Crime Doctor!") to mask his (Watson's) true identity as a successful detective while he applies for a position in an exclusive hospital.

Much to his chagrin, the character actor becomes popular and the public (and later Watson) can't seem to do without him. It was a case of art imitating life, as another doctor — one A. Conan Doyle — was resigned to the same fate as the Crime Doctor.

It's a fun film, and with a PG rating, it's family-friendly as well.

Let's raise a glass to Caine, Kingsley and Without a Clue, 27 years on!