"There are points in connection with it which are not entirely devoid of interest..."  [BLUE] 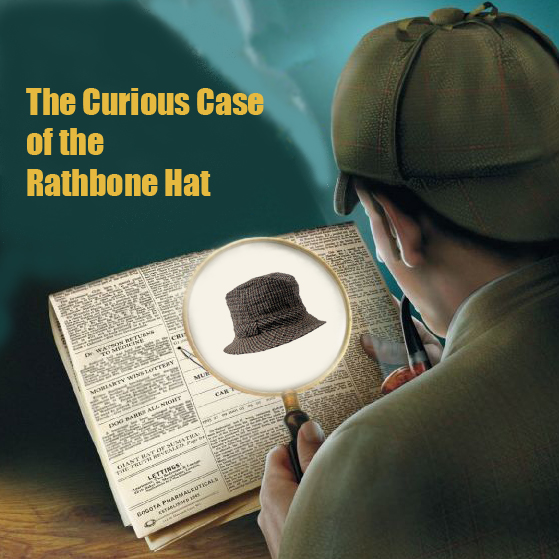 [Editor's note: the owner of the hat has offered an official response, verifying the authenticity of the hat. See below for the full statement.]

Some Sherlockians signal their love of Holmes by wearing a deerstalker or donning a scarf worn by Benedict Cumberbatch. But if you fancy something, say, more in the style of Basil Rathbone in the 1940's, well, that's a challenge. Coats, watches and clothes from the BBC are just a click away on Sherlockabilia but good luck trying to find records from the Universal Pictures costume department in 1943.

Time and mystery are two reasons why Hollywood memorabilia auctions can make front page news.  The recent auction by Bonhams sold a Maltese Falcon statue used in the movie for over $4 million.  There was less excitement over a jacket worn by Basil Rathbone in the 1939 "Hound" ($13,750) -- and, in an auction by another firm, what appears to be a hat worn by Basil Rathbone in the Universal film series.

The hat reportedly sold for $1,000.  But was it really worn by Rathbone?

As forensic expert Dr. Henry Lee observes, "when the eye does not see, the mind does not know."  We can learn much by studying photographs of Rathbone's headgear.

For the first three films the actor wore a thick-brimmed fedora. Universal used the same opening credits for the entire series, so you can see it at the beginning of any of the films, as the camera pans up to show Rathbone, puffing a non-canonical calabash, next to Bruce.  In "Sherlock Holmes Faces Death" he wore a rather undistinguished gray fedora.

The tweed hat made its first appearance in The Spider Woman, the fifth film in the Universal series, released in January 1944.

Compare Rathbone's hat to the one in the photo below worn by Matthew Boulton playing Inspector Gregson in "The Woman in Green," released in July 1945.  Rathbone's hat is styled along the same lines as Boulton's, with a high crown, thick band and wide brim.

Careful examination of the Universal films leads to a set of dimensions for Rathbone's hat, starting with a closeup from a high-contrast still from "Pursuit to Algiers." 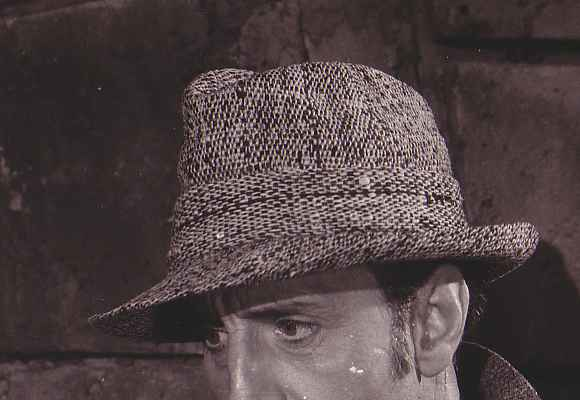 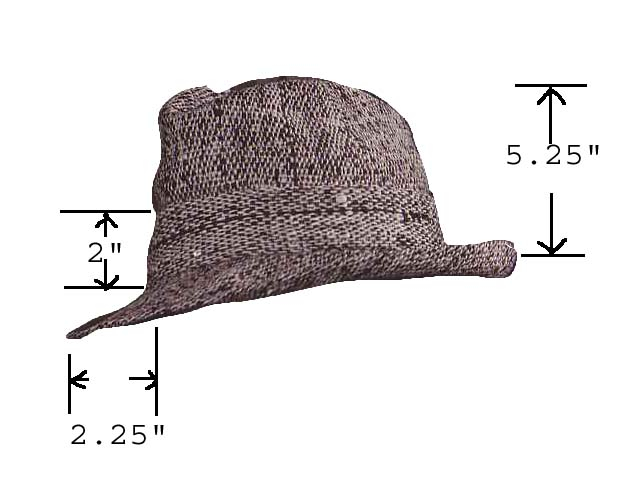 The hat also appears in color in many of the lobby cards from the film series (see slideshow below). Kodachrome 35mm color still film (introduced in 1936) could have been used for these pictures.  If the stills were not otherwise tinted by Universal's publicity department, it seems that Rathbone wore either brown or gray tweed hats.  Brown was a typical costume tone in black and white movies as it read well on screen.


One crucial fact about Rathbone's hat is that it was lined, possibly in white silk, as suggested by this photograph from "The Woman in Green."  Rathbone's hat hangs on the coat rack with the lining towards the viewer,  reflecting light from the set. 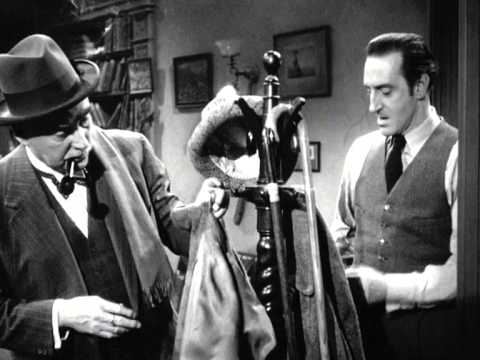 The hat offered at auction appears to differ from Rathbone's hat in several ways. 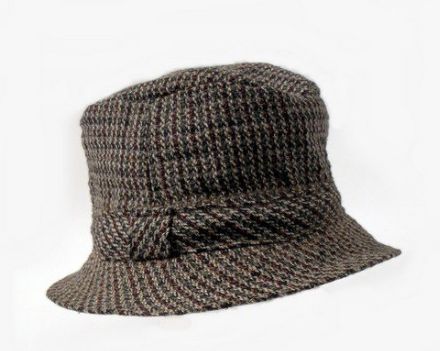 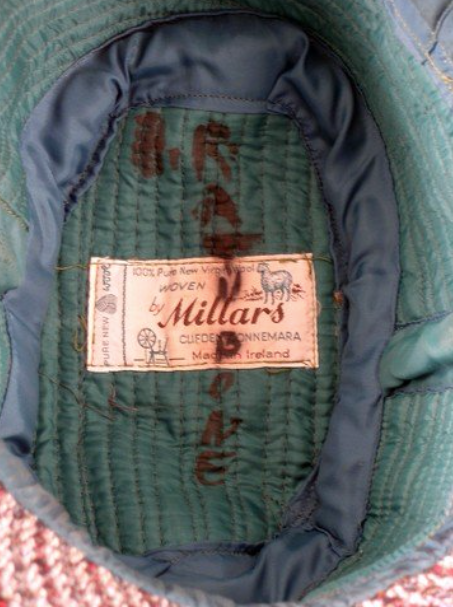 However, this auction picture above, showing the label, seems to show a weave more akin to the Donegal pattern.

Brim depth -  The auction hat appears to have a shorter brim, less than 2.25 inches.

Band height -  The auction hat appears to have a narrower or shorter band than Rathbone's.

Lining color -  Rathbone's hat, at least in "The Woman in Green," appears to be lined in a light-colored fabric.

Rathbone's hat from the Universal series was a success because it evolved the great detective's deerstalker to a more contemporary yet distinctive style.  In so doing, by the way, Universal's costume designers tipped their hats, as it were, to a prior Sherlock, Clive Brook, who wore the headgear for the first sound Sherlock Holmes film in 1929.

Holmesians, what say you?  Is there cause for doubt?  And are there Sherlockian wardrobe elements, perhaps from films long gone, you would like to have?

We were contacted by the owner of the hat, who gave us this statement:


The Basil Rathbone hat recently sold at auction has an iron-clad chain of evidence leading right back to the costumer for the Universal Sherlock Holmes films, and indeed couldn't have been sold as represented without it being completely vetted. The fact is that Rathbone had several hats that he wore throughout the series, similarly styled. Speculation based on hand-tinted lobby cards, or a grainy black and white screen captures, or estimates of size, etc., based upon a thumbnail photograph without anything else in the photograph for context or comparison is, to put it as gently as possible, worthless. To be compelled to debate this, or even dignify it with a response, is to give it credence. It's Rathbone's hat (at least it is one of them). This piece has done nothing but cast doubt on something that is not in doubt, and irresponsibly forced a “defense” for something that should not have to be defended.