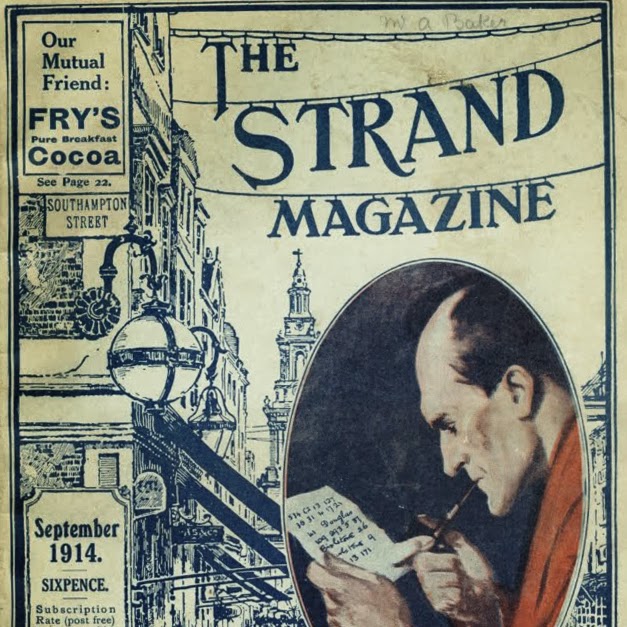 We've arrived at the Canonical number of 60 episodes of I Hear of Sherlock Everywhere, so we thought it was time to celebrate in a manner suitable to such an important number.

As you well know, there were 56 short stories and four novels about Sherlock Holmes, as written by Sir Arthur Conan Doyle (who in some circles is actually Watson's literary agent). In this discussion about the 60 stories, Burt and Scott delve into the origins of Sherlock Holmes and mine some original material from Doyle's biography Memories and Adventures.

The journey takes us from a struggling young doctor who sold his first detective story for £25 to an encounter with Oscar Wilde that resulted in the second novel. We explore the role of the government and the burgeoning periodical industry that allowed the short stories catch on so rapidly, and the men who were able to capitalize on the craze, as told in The Strand Magazine & Sherlock Holmes by Robert Veld, published by the Wessex Press (our sponsors).

Following up on the copyright issues in the #FreeSherlock case, we briefly explore the issue of pirated editions of the early Sherlock Holmes stories, so aptly chronicled by Donald Redmond, BSI ("Good Old Index"). We finally reach the beginnings of Sherlockian scholarship in 1902, when The Hound of the Baskervilles was halfway through serialization and a student took Watson up on his confusion with dates. This won't be the last time someone does that.

From there, we're off into the Twentieth Century, with the second half of the Canon and the Sherlockian movement in full swing, culminating with the formation of some fledgling societies and a little publication known as The Baker Street Journal.

We conclude with an Editor's Gas-Lamp from the April 1951 edition of The Baker Street Journal (Vol. 1, No. 2, New Series) appropriately enough, "On the Canonical Titles."

And above all, please let our sponsors know that you heard us rant and rave about their excellence during the programme: Wessex Press and The Baker Street Journal. Don't forget to get your free audiobook download with your trial membership from Audible, at audibletrial.com/sherlock.
--
1/10/2014 11:19:00 PM
canon, Conan Doyle, episodes