That Mitchell and Webb Look at Sherlock Holmes 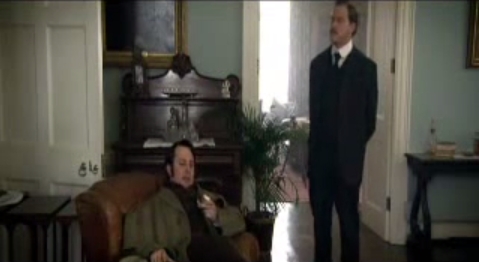 For many British comedy fans, That Mitchell and Webb Look seemingly demonstrated a definite Sherlockian bent with its pastiche sketches featuring Sir Digby Chicken Caesar, a homeless man who imagines himself and his companion to be a Victorian adventurer. However, this team appears to have a much more thorough understanding of the pair, as this sketch demonstrates: