The Asylum's 'Sherlock Holmes' Is Unique

"Enough to drive a patient into an asylum" [DYIN] 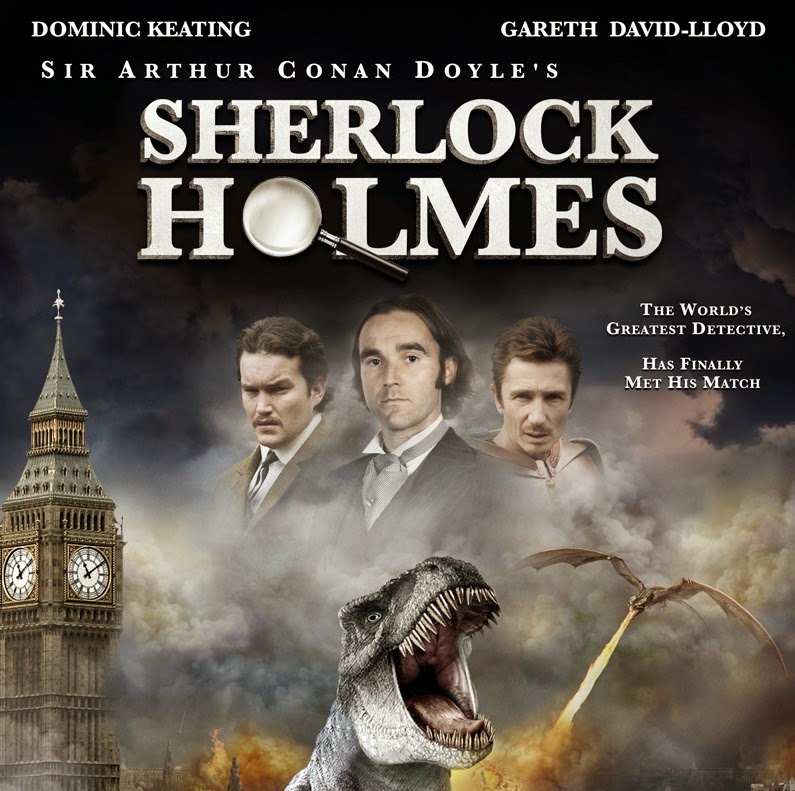 Everyone wants a piece of the action that Warner Bros is stirring up. Certainly we here at the blog are happy about the additional attention that the greatest literary detective is getting. But as with any push in the entertainment industry, we get all sorts of attempts to cash in at varying levels of quality.

Using the very original title Sherlock Holmes, a home entertainment company aptly named The Asylum has developed the crazy idea that Holmes should be battling robots and giant monsters in Victorian London (!) as they release their creation directly to DVD. To show you how serious they are about their work, they take great pride in having their video Mega Shark vs. Giant Octopus named by Entertainment Weekly as the worst DVD of 2009. Says The Asylum: "They obviously didn't see any of our other films..."

Wired magazine ("Now Playing: Cheap-and-Schlocky Blockbuster Ripoffs") has a term for this: mockbuster. And they refer to the Asylum as "a low-budget studio specializing in shamelessly derivative knockoffs." Evidently, their version of the eponymous film will be made for less than $500,000 thanks to "cheap digital technology and even cheaper talent," and will join the pantheon of other B-movie titles such as Snakes on a Train, Transmorphers, and The Day the Earth Stopped  that have made the company $5 million in the last year. not only includes robots, dinosaurs and giant squid, but the creators have graciously added hookers and a bomb-throwing dragon to the mix as well.
Originally, we had thought it might have been The Lost World meets Sherlock Holmes, but something tells us that there's more (less?) to it than that. Sherlock Holmes by Asylum is a fun and fanciful romp that is neither historically nor Canonically factual.


Count us even less excited to see this version. If completist collector John Bennett Shaw, BSI ("The Hans Sloane of My Age") were alive, you can bet he'd add it to his collection. Will anyone else? Until then, we recommend picking up a copy of Schlock Homes: The Complete Bagel Street Saga by Robert L. Fish. At least that volume is clearly a parody.

Perhaps Asylum's Sherlock Holmes will achieve something of an underground/cult-like status in the years to come. And if people have fun with it, that's all that matters.

A tip of the deerstalker goes to MovingPictureBlog.