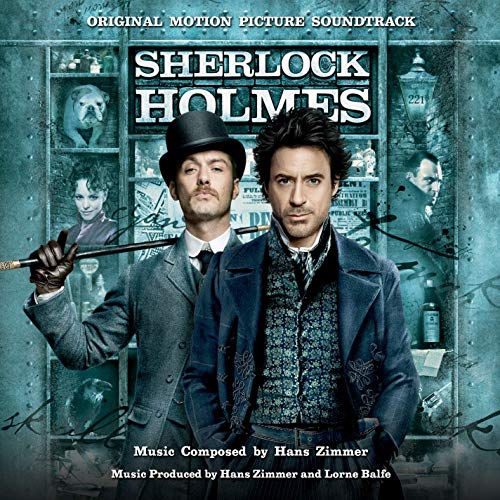 Previously mentioned in passing on these pages, we're happy to revisit the topic of music and the new Warner Bros. film. The original soundtrack score to "Sherlock Holmes" is by Hans Zimmer, who is also known for his musical work on The Pirates of the Caribbean

is now available for pre-order on Amazon. It's expected to be available on January 12, 2010. Probably too soon to be able to be in your hands for a trip to the Baker Street Irregulars Weekend in New York later that week. But stay tuned - maybe we'll have the iTunes version announced here at that time (hint, hint). You can keep up with the latest Sherlock Holmes news by subscribing above via email or RSS.