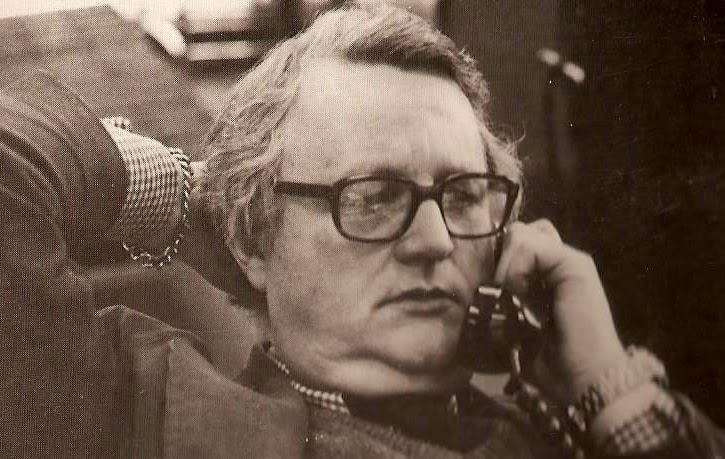 We just learned of the passing of H. Paul Jeffers, BSI ("Wilson Hargreave") on December 4. There's something of a personal connection here, but first, let's put the facts in front of you, as Sherlock Holmes would prefer. But fair warning: there are many links to click through if you're up to the task.

Paul was an author and a journalist and was prolific in all of his writing. And to know Paul was to understand how diverse his interests were. They ranged from Sherlock Holmes to Americana, from smoking (The Perfect Pipe) to religious topics (Dark Mysteries of the Vatican

and The Complete Idiot's Guide to Jerusalem

), from secret societies (The Freemasons in America: Inside the Secret Society

) to maritime adventure (Burning Cold: The Cruise Ship Prinsendam and the Greatest Sea Rescue of all Time

The American icons in Jeffers' works included Theodore Roosevelt - Roosevelt the Explorer: T.R.'s Amazing Adventures as a Naturalist, Conservationist, and Explorer and

In the Roughrider's Shadow: The Story of Theodore Roosevelt Jr. -- War Hero

as well as Fiorello LaGuardia

. He even covered one of the greatest natural disasters in the U.S. in the last century in Disaster By the Bay: The Great San Francisco Earthquake and Fire of 1906

His works that involved Sherlock Holmes include Murder Most Irregular

(in which a member of the Baker Street Irregulars is murdered on the evening of the annual dinner), and A Grand Night for Murder

(in which an Edgar award winner is offed the day after receiving the award). He authored the 2005 Baker Street Journal Christmas Annual Once a Week in Baker Street: the Boucher Green Years and edited a book from their work: The Forgotten Adventures of Sherlock Holmes: Based on the Original Radio Plays by Anthony Boucher and Denis Green

. He even wrote one that combined his interest in Roosevelt and Holmes: The Adventure of the Stalwart Companions

, which included Detective Wilson Hargreave of the New York Police Bureau, mentioned in "The Dancing Men."

As you can see, quite prolific. And this isn't even the end of it. Take a look at his Amazon page

for a more complete assessment, or scroll through the carousel below.


I was lucky enough to meet Paul at a meeting of the Men on the Tor - the first Sherlock Holmes society I belonged to. It was after I left Connecticut to head to college, and I returned for a meeting at the Griswold Inn in Essex, CT. I remember sitting next to him and admiring the Peterson's Sherlock Holmes pipe that he was smoking. We got to talking and he told me about the two books he wrote about Holmes, as well as his car-less existence; he traveled to meetings via train (or ride-sharing, in some cases). We struck up a correspondence and one day a package arrived in the mail from Paul: he sent me those two books, inscribed. I still have them in my collection and I'll always treasure them.

In 1999, Paul received his investiture from the BSI, which was "Wilson Hargreave," after the detective who made an appearance in Stalwart Companion. If you have a memory of Paul, please feel free to share it in the comments section below.


Note: From time to time, we run obituaries here on the I Hear of Sherlock Everywhere, to honor those Irregulars who have passed beyond the Reichenbach, aided by the BSI's Angel of Death, Francine Kitts. You can find previous entries by clicking on the "terrace" label at the end of the post. The reference to the terrace is from "His Last Bow

," in which Holmes says to Watson:


"Stand with me here upon the terrace, for it may be the last quiet talk that we shall ever have."