Episode 19: The Return of I Hear of Sherlock 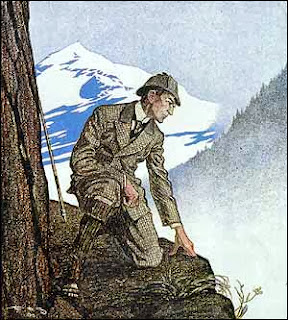 In the Sherlockian world, the "Great Hiatus" is known as the period from 1891 to 1894 when Holmes was presumably dead after his showdown with Professor Moriarty at the Reichenbach Falls. In the real world, it meant that publication of new Sherlock Holmes stories ceased after "The Final Problem" in December 1893 and didn't resume until The Hound of the Baskervilles appeared in 1901 as a retrospective (not a resurrection) of Holmes. It wasn't until 1903 that the world saw The Return of Sherlock Holmes in "The Empty House." 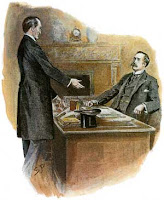 For those of you who have been following, this podcast was on a hiatus of its own. Scott and Burt have been busy in our professional lives (not to mention having equipment issues and a hard drive failure thrown in for good measure). But we're back!


In this show, we recap of what went on in the world of Sherlock Holmes enthusiasts for 2009, as well as what's coming up, and we even looked back at the hiatus of that august publication The Baker Street Journal.

Oh gosh - I'm really excited to listen when I get home! I began to despair of a new episode :)