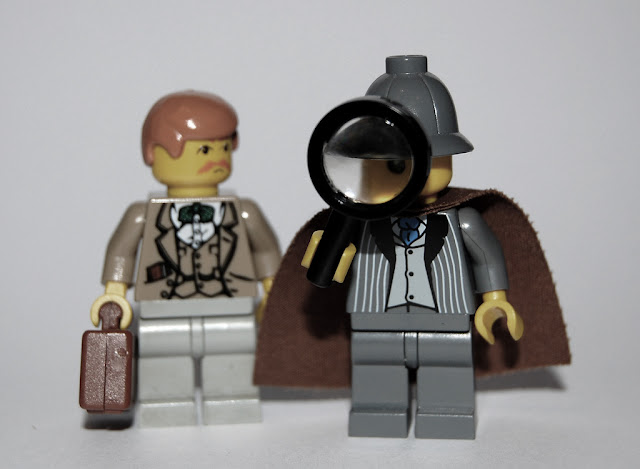 One of the interesting things about Sherlockians is that we find ways to incorporate our other interests into Sherlock Holmes. You'll find Titanic enthusiasts as well as fans of Jeeves and Wooster, Tarzan and others weaving their interest into books. You'll find railroad enthusiasts, stamp collectors, musicians, oenophiles, and many others finding connections of their other hobbies in the original Canon.

It would seem that LEGO fans also have this tendency. All around the world, you'll find LEGOs crafted into every shape, building, vehicle and interest imaginable. So it's not surprising that Sherlock Holmes works his way into the LEGO fanbase. 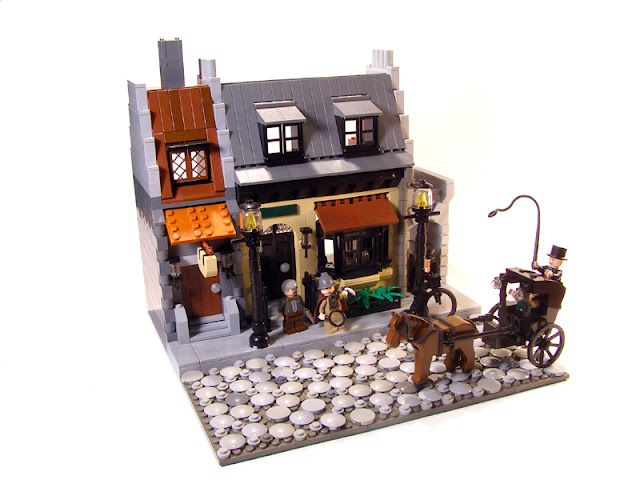 Above is a street scene of 221B Baker Street by Legohaulic on Flickr, entitled "Sherblock Holmes." You can check out his entire LEGO photostream here.

In addition, the user minifig has crafted a series of character sketches in his LEGO set on Flickr, including Jack the Ripper, a Christmas Carol, and others. Obviously, Sherlockians would be most interested in what he's done with Holmes and Watson (seen in the first photo above).

Have you seen any instances of hobbies or interests crossing over and finding common interest? Consider leaving a comment below.