"we had this comic interlude" [3GAB] 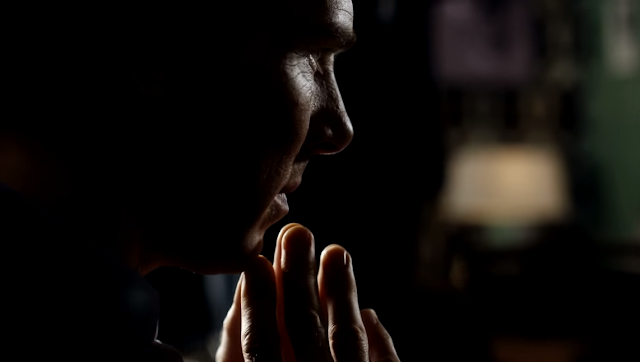 Sherlock is always a draw at Comic-Con. Especially when there's a new series on the way. In this case, Series 4 is due in 2017 (no specific date yet), so fans and cast members alike gathered at the San Diego event to pick up as many hints as possible about the new shows.

We already know that, like in previous series, there will be three episodes. You may recall when we spoke with Steven Moffat and Sue Vertue in Episode 86 prior to "The Abominable Bride," they mentioned how each episode is akin to shooting a feature-length film.

But what else have we been able to glean over the last few months about the next series?

Well, we know that Toby Jones is joining the cast as none other than the villain Culverton Smith, who appeared in "The Adventure of the Dying Detective" in the original stories.

And Moffat, Vertue and Mark Gatiss revealed their now traditional "three words" to describe the episodes: Thatcher. Smith. Sherrinford. What do these names tell us?

We've already established the significance of Smith above. But unlike Smith, the other two names are not Canonical — that is, they never appeared in the original Sherlock Holmes stories.

However, Sherrinford is significant because it is part of some of the most core and accepted Sherlockian scholarship. In Sherlock Holmes of Baker Street, a biography of Sherlock Holmes by William S. Baring-Gould, BSI ("The Gloria Scott"), the author indicated that Holmes's parents were Siger Holmes and Violet Sherrinford, and that there were three Holmes brothers: Sherlock (the youngest), Mycroft, and the eldest brother, Sherrinford. That would seem to be where the hint is pointing, but we'll have to wait to see if a third Holmes brother is brought into the series this time around.

Thatcher is a bit more problematic, however. There is no such name in the Canon. Offhand, it brings up two alternatives in our mind:

One thing that was more apparent about the upcoming season, thanks to the trailer provided by PBS Masterpiece: the dark themes throughout. We're treated to a glimpse of the ever-present Moriarty, the nefarious Smith, an unshaven Sherlock, a group of masked nurses (evidently shielding themselves from some infectious disease), explosions, gunplay, hand-to-hand combat and more.

Do you have any theories about what's going on or about the three words? Leave us a comment below.