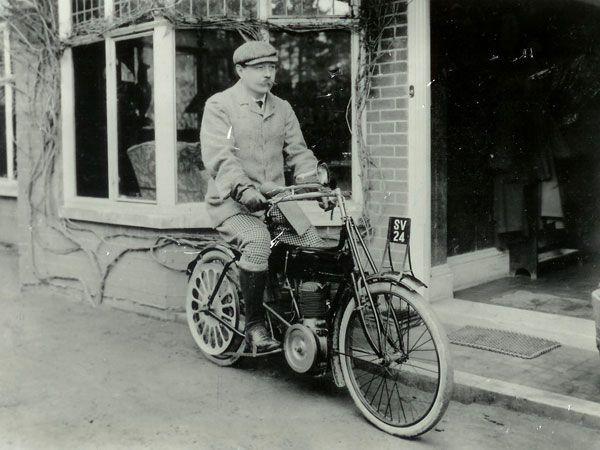 Today marks 86 years since Arthur Conan Doyle became the ultimate spiritualist. On July 7, 1930, he died after suffering a heart attack. By all accounts, he was a remarkable man — one who was much more than simply the creator of the timeless detective Sherlock Holmes.

Thanks to his own ability to document his life and the growing interest by the press, we know quite a bit about the life he had and the exploits he led. From serving on a whaling ship in the arctic to racing automobiles, taking on cricket legend W.G. Grace, popularizing alpine skiing in Switzerland, running for Parliament and much more, he was a giant of a man, both physically and symbolically.

We have a few programs that might interest you, in which experts join us to discuss his life and his work - both renowned and newly discovered. Bookmark these and turn to them in your spare time to learn some of the intricacies behind the man who brought Sherlock Holmes to the world.


In Episode 13: Arthur Conan Doyle - A Life In Letters, we interviewed Jon Lellenberg and Dan Stashower, who, together with Charles Foley, edited a biography ofDoyle comprised of hundreds of letters, both personal and professional.

The pair returned to join us for Episode 37: The Lost Conan Doyle Manuscript to tell the tale of how The Narrative of John Smith, written in 1883 when Conan Doyle was a struggling doctor, never made it to the publishers - until now.

Then, Pulitzer Prize-winning Washington Post book critic and columnist Michael Dirda joined us to talk about one entry in his Writers on Writers series for Episode 38: OnConan Doyle: Or, the Whole Art of Storytelling.


And finally, Jon and Dan were with us for a third time on Episode 48: Dangerous Work, in which they shared the stories behind a truly remarkable tome: Dangerous Work: Diary of an Arctic Adventure - a book comprised of the hand-written journal entries (and drawings) from Doyle's time on an arctic whaling ship when he was but 20 years old.

A true gentleman and a remarkable human being. May you enjoy this week reveling in the wonder of the life of Sir Arthur Conan Doyle.