“it was remarkably animated” [SCAN] 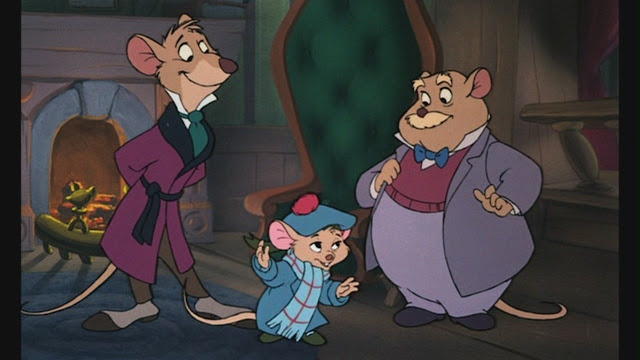 Disney’s The GreatMouse Detective was released 30 years ago yesterday — July 2, 1986. While not a breakout hit for the studio, its place in history not only laid the path for the Disney renaissance period of the 1990s, but also paid homage to the Sherlockian past that had come before it.

While working on The Rescuers in the mid 70s, studio heads at Disney Animation had discussed creating an animated Sherlock Holmes film, and the Basil of Baker Street series of books by Eve Titus were agreed upon to be adapted into a feature length film. The production was shelved for the time being, due to its similarities with The Rescuers, and the world would have to wait another decade for Basil, Doctor Dawson and Professor Ratigan.

In 1982, Disney Animation Studios was in turmoil. The Fox and the Hound had been released but had underperformed, leading many Disney executives to think that animated features had past their prime after Walt Disney died. Funding was drying up for animated projects, and the studio’s next release, The Black Cauldron, had many behind the scenes problems, leading to newly appointed Disney heads Michael Eisner and Jeffrey Katzenberg to reassign some of its animators to begin work on a new project titled “Basil of Baker Street.” 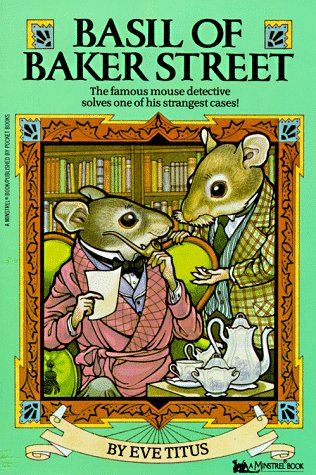 Following an initial meeting where the plot and early sketches were presented to studio heads, animators were told that the story moved too slowly.  Back to the literal drawing board they went.  Along with the news that instead of being released for Christmas of 1987, the film was to be ready for a summer 1986 release, the budget of the film had been cut from $24 million to $10 million and that the title sounded “too English.”

Animators John Musker and Ron Clements appeared at the BSI’s conference in 2012, and their more detailed talk, describing the ups and downs of the production can be found in SherlockHolmes: Behind the Canonical Screen. 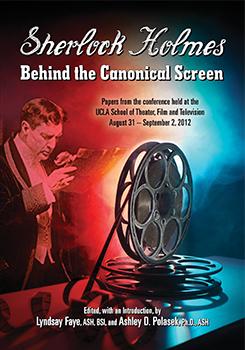 When the movie debuted for the July 4th weekend in 1986, it was a moderate success, doing much better than The Black Cauldron that had preceded it. Critics enjoyed the movie. Gene Siskel called it the most “truly memorable animated feature in 25 years" and many were enamored with the chase sequence through the clockwork gears of Big Ben. This scene in itself was ground-breaking: the first time that computer animation was used in conjunction with traditional cell animation. This process would lead Disney to their hits of the 90s such as The Little Mermaid and Beauty and the Beast.
Thirty years on, it’s easy to look back and see The Great Mouse Detective as an important film in Disney history. But what about Sherlockiana? 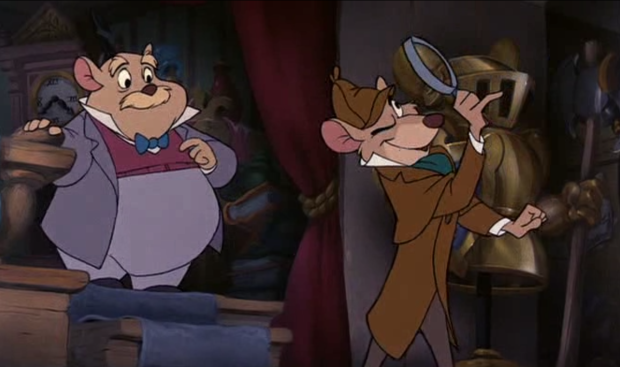 Basil and Doctor Dawson introduced a new generation to Sherlock Holmes and his capabilities. While children of this time may have been familiar with the deerstalker and magnifying glass from the bumbling Sesame Street character, Sherlock Hemlock, this was the first time that many children got to see intelligence as a superpower.

Basil enters the story by charging into 221 1/2 Baker Street in a manic fashion, and within minutes has shown his mastery of disguise, ballistics, ingenuity and determination. Once Doctor Dawson introduces him to young Olivia Flaversham, and the problem of her missing father, the game is afoot and the movie really takes off.

The viewers are then introduced to Professor Ratigan, voiced by the incomparable Vincent Price. The rivalry between Basil and Ratigan is one that both characters revel in, and the continual cat and mouse between Basil and his “Napoleon of crime” urges the story along to its climaxes with a dastardly Rube Goldberg-esque death machine, a mechanical queen, and the aforementioned battle at Big Ben. 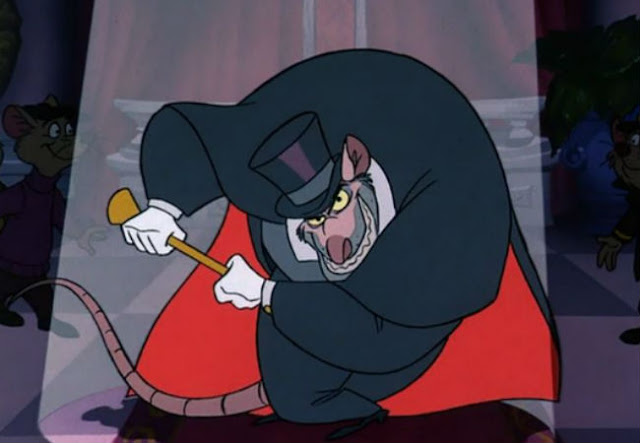 The nods to the Sherlock Holmes stories abound through this film. From the obvious inspiration of the name of the main character to the inclusion of Basil Rathbone’s voice as Sherlock Holmes, there is something for every Sherlockian out there. A personal favorite is Toby, Basil’s reliable bloodhound, whom is a clear take off from Toby from The Sign of Four.

Many Sherlockians in their 30’s and 40’s have fond memories of The Great Mouse Detective, and although its stormy beginnings were not a high point in Disney history, it sparked an interest in a new generation for Sherlock Holmes fans that have grown over the years to treasure it for the great film it is.