Sherlock Holmes and the Horror of Frankenstein — A Review

"his manner suggested that it was some strange creature" [ENGR] 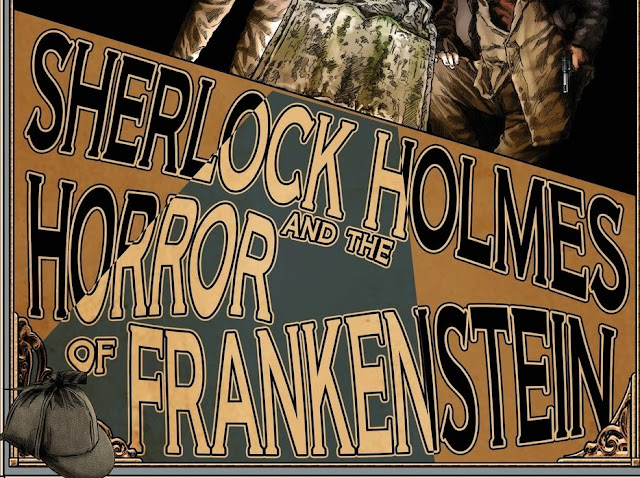 Holmesian pastiche is rife with mashups, especially the literary kind. Hoping to generate a strong story, authors frequently pair Holmes and Watson with other characters and historical figures to create unique tales that might not fit regular canon.

Sherlock Holmes and the Horror of Frankenstein

, written by Luke Benjamen Kuhns and drawn by Marcie Klinger (published in 2013 by MX Publishing and available through their site and on Amazon) is an exceptional mix of horror and detection that is well worth reading.

The story opens with a man discovering — and chipping out — a figure in the ice. Discovering Holmes with his infamous seven-per-cent solution, Watson spurs Holmes to investigate a series of grave robberies. As the plot progresses, Holmes and Watson find themselves encountering the results of one scientist's ambitions...and facing the challenge of another ambitious scientist's plans. 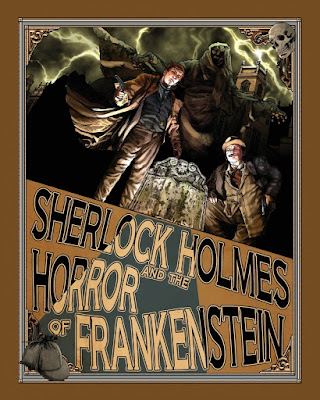 Sherlock Holmes and the Horror of Frankenstein works as a more horror-oriented version of the canon. Klinger's art and layouts are very solid, driving the narrative and building the appropriate mood and atmosphere. Kuhn's writing is also exceptional - mostly dialogue-driven, but with clear awareness of both Conan Doyle and Mary Shelley's works, integrating both into a solid story that may seem reminiscent of past efforts, yet has a Holmesian flair of its own.

A relatively short yet enjoyable read, Sherlock Holmes and the Horror of Frankenstein is a good example of a literary mashup executed well. It is definitely worth checking out.