Elementary Will Return for a Fifth Season

"The signals were renewed" [REDC] 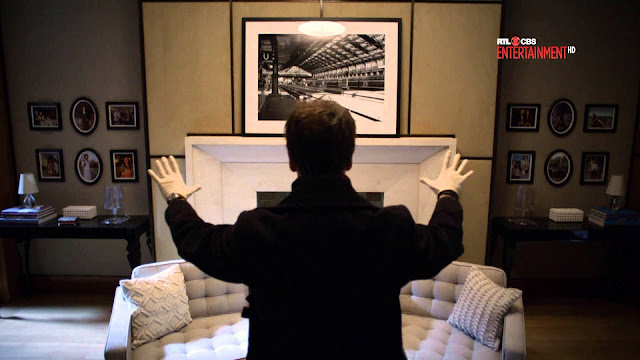 As Elementary winds up its fourth season, let's touch on the news from CBS last month when they announced the renewal of Elementary for a fifth season.  There were questions on whether CBS would bring back the show.  The live ratings have taken a dip this season and the network has moved the show from Thursdays at 10:00 PM to Sundays at 10:00 PM, a slot that been the final resting place of The Mentalist and CSI: Miami. After four seasons, Elementary has 96 episodes, enough for a successful syndication.

However, the live ratings only tell part of the story. The live + 7 day ratings adds millions of viewers, especially in the all-important 18-49 demographic. The fans of the show actively seek it out, DVRing it or watching it on demand at their convenience. The show is made by CBS Studios, which gives the network a financial incentive to keep the show going.

One of the long-time knocks against Elementary has been that it was crass ploy to cash in on Sherlock Holmes and the BBC's Sherlock. Such an argument seems to assume that the British Broadcasting Corporation is a non-profit and ignores the fact that Sherlock makes untold millions for the Beeb; Benedict Cumberbatch and Martin Freeman tchotchkes are ubiquitous. You’d be hard-pressed to find similar Jonny Lee Miller and Lucy Liu merch.

Television critics who are not Sherlockians consistently praise the show for its acting and intelligent scripts. Sherlockian critics (a majority of which tend to be BBC fans) sniff that CBS’ show is a procedural, as if the definition of the word contained a whiff of excrement, forgetting that long ago Father Ronald Knox enumerated the Canon’s own procedural elements. Sunday night is presently the home of 60 Minutes, Madame Secretary and The Good Wife making Elementary a good fit with CBS’ prestige line-up.

I look forward to Robert Doherty and the writing staff’s interesting, intelligent and challenging take on what it means to be Holmes and Watson, and Holmes and Watson in the 21st century. Doherty was at WonderCon when news of the renewal was announced, Here is a YouTube video of Doherty at one of the round tables and one of him at a media interview.


CORRECTION: An earlier version of this article misstated the end date of Season 4. The current season ends on May 1, 2016.