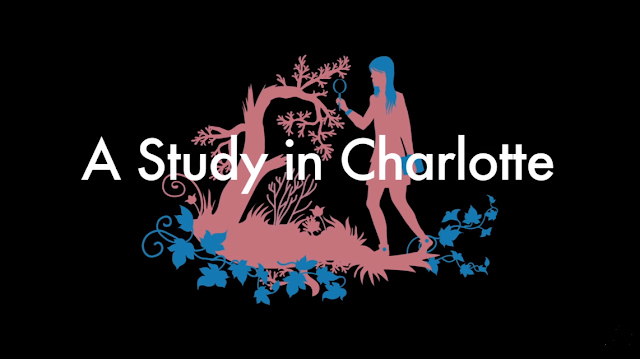 That is because the story focuses on teen descendants of Holmes and Watson at a boarding school in modern-day Connecticut. Jamie Watson has been sent to Sherringford School on a rugby scholarship, the very same school that Charlotte Holmes attends. He’s always known of her; after all, he is a Watson.  But he has never met this member of the Holmes family that is his own age. The Holmes family has always been different, and has taken to training their children at an early age in the whole art of deduction. By the time she is a sophomore in high school, Charlotte Holmes is obviously not like any other girl at his school. Even though she is a descendant of the famous Holmes, helping Scotland Yard solve crimes at the age of ten, and Jamie is a descendant of the famous Watson, Charlotte is not interested in his friendship.

That is, until a fellow student is murdered. Both Charlotte and Jamie have bad histories with the dead student, making them suspects to the police and outcasts among their classmates. From here, a partnership is forged that carries through the rest of the story in an original young adult novel that is a welcome addition to the world of Sherlock Holmes pastiches.

Written by Brittany Cavallaro, A Study in Charlotte is the first in a planned trilogy featuring Charlotte Holmes and Jamie Watson. The first installment is written with a definitive voice that doesn’t try to imitate the Watsonian voice that so many pastiches are forced to use. Ms. Cavallaro gives the reader succinct but clear introductions to her two main characters, gets the story started, and lets her characters develop as the pages turn. Although the story lags a bit in the middle, the murder and canon-related crimes, family dramas in both the Watson and Holmes clans, as well as interpersonal relationships with other teenagers keeps you hooked. 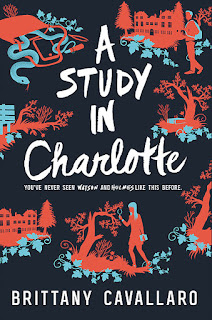 While the writing is an easy read and is accessible to Sherlockians and non-Sherlockians alike, this book cannot exist without Sherlock Holmes, and Ms. Cavallaro knows her stuff, citing Baring-Gould

as an invaluable resource. Some canonical stories are key plot points along the way, and they are used with quick synopses as to not turn off the average reader, while still showing knowledge of the source material. Many sly nods are laid out in the pages for Sherlockians, such as Jamie Watson’s real name (James), a discussion about Watson's watch, and of course, the name of their school. But if the reader is unfamiliar with the original Canon, these Easter eggs don’t detract from the real story, and it is strong enough on its own.


Many times with pastiches, references to the Canon can be forced or heavy handed, enough so that they detract from the story being told. Gladly, Ms. Cavallaro doesn’t fall into this trap. It would be easy enough to name the police detective Lestrade or Gregson, or Watson’s dorm mother could be named Mrs. Hudson, but A Study in Charlotte

is a new story borne out of stories from over a hundred years ago, and the characters and plot are strong enough to stand on their own. Even though the story is labeled as a young adult title, it is a story that is worth a read, no matter your age.