"a wonderful mixture of the Saxon and the Latin" [SUSS] 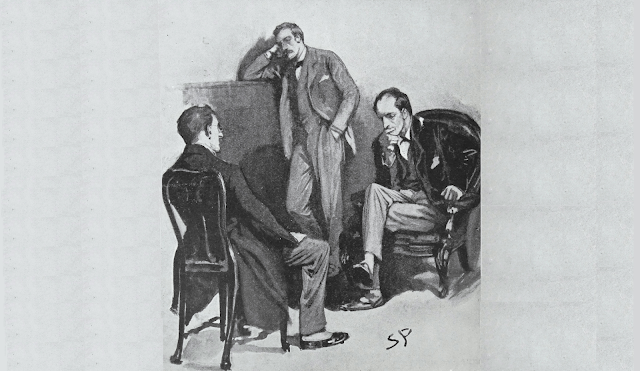 I was delighted to learn recently that somebody has translated The Hound of the Baskervilles into Latin. Such a volume may not be of much practical use to anybody except Don Hobbs, who can add another language to his massive polyglot collection, but it's bound to be fun for those of us who can struggle through Latin text with effort and the occasional reference to a dictionary.

Well, that's what I thought, anyway.

Translating a popular or classic book into Latin is not a completely new idea. My own shelves include Winnie Ille Pu

(for the romantic story of how that version of Pooh came to exist, see The Valley of the Latin Bear

So I cheerfully ordered Canis Baskervilles

, with only a moment's hesitation to wonder why "Baskervilles" was pluralized in English rather than in Latin as "Baskervillium" or something of the sort. The book has arrived, a paperback with, oddly, no page numbers and no translator's name. It appears to be published by Onyx Translations, which, as far as I can tell from a brief web search, is not the same enterprise as Onyx Translation. At this point my Spidey sense (sensus a tinea) was tingling just a little. 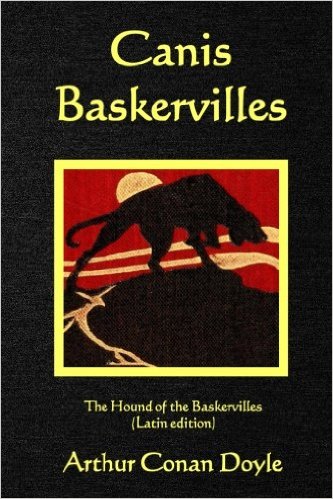 The technical quality of the production is not high. Even the punctuation is a dog's breakfast, with single, double and guillemet quotation marks used interchangeably. There are random capitalized words, words broken with underscores, digits in place of letters. Names and titles of characters are inconsistent: Sir Charles and Sir Henry are "Carolus" and "Henricus" and their surname is often Baskerville (but sometimes just Basker), but they are alternately addressed as "Domine" and "Sir". When Holmes, Watson and the baronet get to their destination in chapter 6, Barrymore greets them: "Salve, Henricus Welcome to Hall Baskerville?" (Yes, that's a question mark. Oh, and did I mention that Dr. Mortimer is "Dr. Mortuo"?)

All these issues are noticeable even before one gets serious about trying to understand the Latin text, which, not to put too fine a point on it, is gibberish, with interpolated English words and garbled Latin syntax. Chapter 10 of The Hound, for example, offers the translator this sentence:

"There are lonely houses scattered over the moor, and he is a fellow who would stick at nothing."

Even someone with limited Latin might be suspicious at the translation Onyx offers:

No, "lonely" and "nothing" are not Latin words, and one would hardly expect them to be too challenging for a translator, but there you are. "Spargentur" is a verb, meaning "they are scattered", though why it's capitalized in the middle of a sentence is not clear; "Maurus" is a Moor like Othello; and as for "Midae", well, your guess is as good as mine.

I'll spare you another full sentence, but chapter 11 of the translation makes reference to "gray magnam avem, gull sive Curlew", which is as much English as Latin, and chapter 12 offers "Quod Mrs vident, Laura leonum", which is incomprehensible (and turns "Lyons" into lions). This sort of thing is on every page. Flip through the book and notice "shelterless", "manorial", "fantastic", "suggestiveness", and scores of other English words in the middle of Latin sentences.

The only explanation for all these oddities is that the translation was done by a computer program, and not checked by anyone with any knowledge of Latin at all. Interestingly, if you put a couple of sentences of The Hound of the Baskervilles into Google Translate, the text you get is imperfect, but a lot more sleek and comprehensible than what appears between these brown covers (with a reproduction of the classic hound silhouette drawing by Alfred Garth Jones). There are other Latin translators online, but I have not found one that could be responsible for this mess.

The Onyx translation of The Hound is not in any real sense Latin text, it is of no value for anybody wanting to practice reading Latin, and it is not fit to stand on a shelf beside Pooh and Alice. It would be lovely if somebody would actually produce a Latin version of the book, but sorry, this isn't it.