The Curious Case of the Clockwork Doll – A Review

“You really are an automaton - a calculating machine” [SIGN] 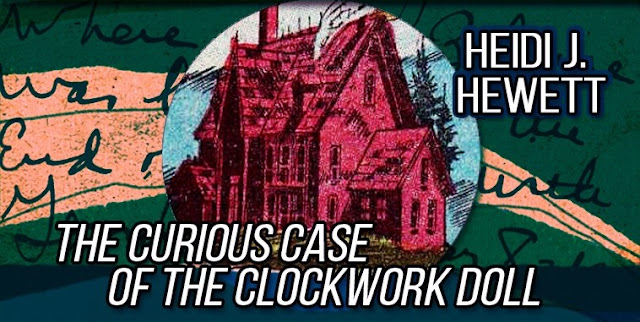 The Science of Deduction is a year-long Sherlock Holmes collection that will include twelve original novellas by author Heidi Hewett, with a new story released to Kindle each month.  “TheCurious Case of the Clockwork Doll” is the first story in this collection.

A lady comes to call in Baker Street, but something feels  off when she is requesting Holmes’ help.  That is because this is no ordinary lady, but an automaton sent by her maker, Judith Haviland, to uncover the source of curious disturbances in their house .  Many readers would expect “The Curious Case of the Clockwork Doll” to devolve into a steampunk story from this moment, but the use of this automaton and her inventor’s other works are handled in a much more believable manner than many other pastiches have done.  Holmes is intrigued by this invention and agrees to travel by train to the country.  And after a run in with a jewel thief on the train, they arrive at the family manor.

The author’s love for the canon is evident from the beginning.  The first half of the opening chapter has an almost déjà vu feel to it because so many snippets of Doyle’s stories are used again here.  Holmes seems to read Watson’s mind by using the reflection in a teapot just as he does with the coffee pot in the beginning of The Hound of the Baskervilles, and his line about the most winning woman he has ever known from The Sign of Four is used almost verbatim in this story.  Hewett does a fine job imitating the Watsonian voice of the original, but the first chapter can be disconcerting with so many very familiar moments popping up.

Once Holmes and Watson arrive at Haviland manor though, Hewett shows her strength as an author.  The first few chapters of this book consist of exposition and mood setting, which seem to have her at a disadvantage as a storyteller.  So many of Holmes’ cases begin in Baker Street and include a train car conversation.  This pastiche uses those old standbys as well, but it feels forced at some points.  Once Holmes and Watson reach Haviland manor, the author is free to take the story in any direction she chooses, and does so at a very nice pace.  The story twists and turns with many nods to the canon that are able to be spread out enough so that they don’t overshadow the mystery at the heart of the story.

The inhabitants of the Haviland household create a classic manor mystery feel: Judith, the driven matron of the house, her lazy brother, Lionel, their young charge, Mary, her tutor, Miss Berends, and a house full of automatons.  Other characters appear later, and some are familiar names to those of us who know the canon well.  There is, of course, more to this case than a few disturbances in the house, and the imaginative plot leads up to a very exciting climactic scene in the end. 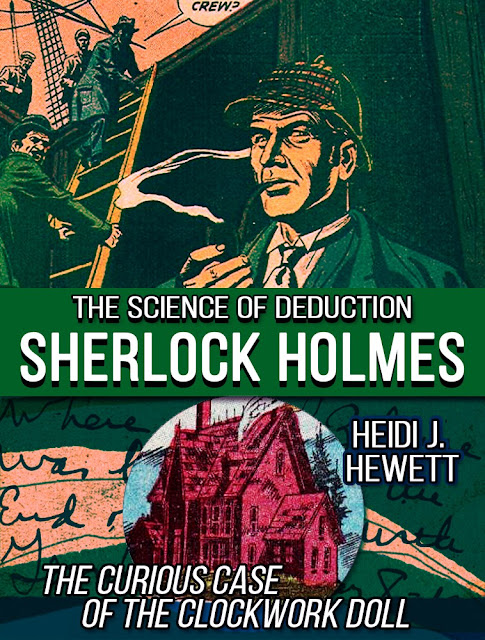 Many pastiches that introduce robots into a Sherlock Holmes story end up being a Victorian version of Iron Man, but The Curious Case of the Clockwork Doll is able to keep the correct feel of the era while Holmes and Watson stay true to the characters we are all so familiar with.  After a rocky beginning, this story settles into an inventive tale that is worth checking out.

The second story in this series, "The Door of Eternal Night" by Josh Reynolds, is also available from 18th Wall Productions.


18th Wall Productions provided a complimentary copy of this eBook for review.