Interview: Author Lyndsay Faye on the Art of Pastichery and the Lost Sherlock Holmes Story

"I knew by experience" [ENGR] 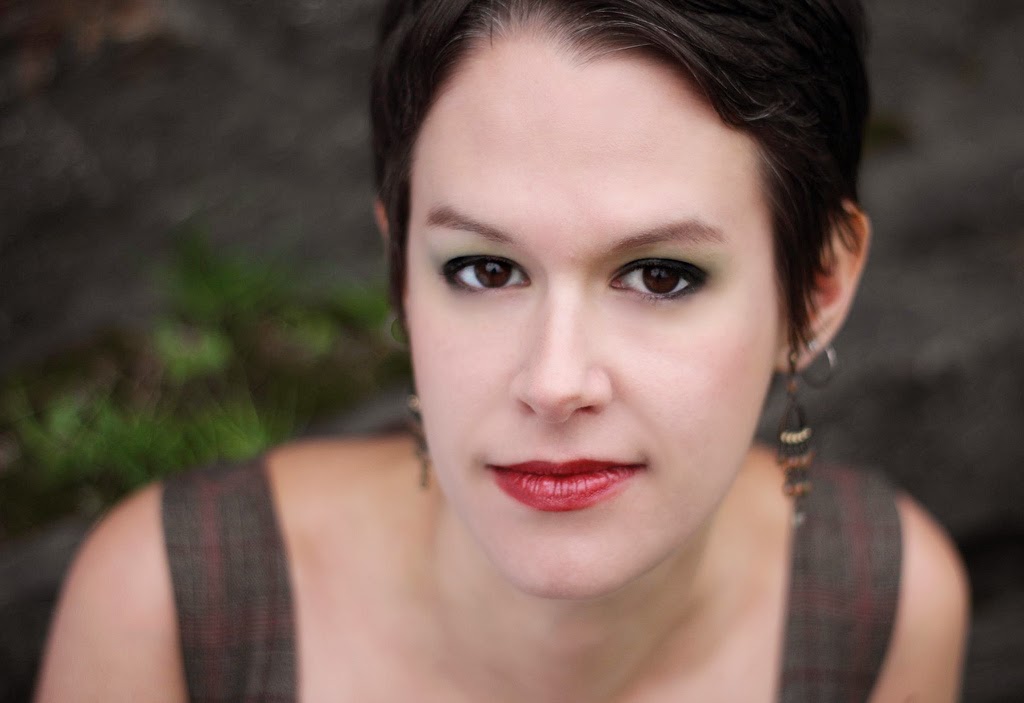 One of the benefits of being associated with a literary group like the Baker Street Irregulars is that one has access to a wide variety of professionals. Or as Sherlock Holmes said, "A singular set of people, Watson." [LAST]

Following the debate on the true authorship of the lost Sherlock Holmes story found in Scotland (full coverage is being tracked here), we sat down with Lyndsay Faye, BSI ("Kitty Winter"). Lyndsay is an Edgar® Award-nominated author of the critically acclaimed Dust and Shadow: an Account of the Ripper Killings by Dr. John H Watson, as well as highly successful and lauded the Timothy Wilde series of books (Seven For a Secret, Gods of Gotham). The Los Angeles Times said that "she gets a critical component - Watson's voice - right" and Michael Connelly called her command of historical detail "remarkable."

In addition to the Baker Street Irregulars, Ms. Faye is a member of the Adventuresses of Sherlock Holmes, the Baker Street Babes, the Mystery Writers Association of America and Girls Write Now.

Lyndsay's next book, The Fatal Flame, will be released on May 12. More at LyndsayFaye.com.

I Hear of Sherlock Everywhere: Why would anyone want to try to emulate the style of Sir Arthur Conan Doyle?

Lyndsay Faye: Two superb literary tricks partially account for his myriad imitators. First, he employs "The Story You Are About To Hear Is True" throughout the canon; Sherlock Holmes, as published in The Strand Magazine, is well aware of the fact. The world built in the sixty cases is self-reflective; Watson selects or discards cases for submission, Holmes snarks about Watson's style, and as Doyle's works become increasingly popular, the Holmes within the stories likewise becomes celebrated thanks to his biographer. The world of our daily lives is perfectly paralleled in the canon; we can see them, and they can see us seeing them. It's brilliant and lends itself to kind of the agenda-driven material found in the Selkirk piece.

The second trick Doyle used that drives fans to acts of frantic literary impersonation is that Watson left romantic, tantalizing gaps in his stories. Why didn't he tell us about the Giant Rat of Sumatra, we wonder? Did Sherlock Holmes spring fully formed from the head of Zeus, we (and Watson) wonder? (Until we learn he has a brother named Mycroft and our minds are blown.) The canon contains mysteries within mysteries, and these drive even hardened cynics to sit down and write things like, Holmes and I were seated before the fire at our rooms in Baker Street when...etc.


IHOSE: Isn't it as simple as developing a worthy plot?

LF: No, not at all, though the Selkirk find doesn't have that either. Doyle's style is so readable that people fail to notice how technically contradictory it can be. It's straightforward in meaning, but full of Victorian flourishes; its details are subtly painted, but the subject is trained killer snakes. Holmes is as likely to drawl, "No clue?" and then grunt from the sofa [REIG] as he is to wax on for paragraphs about complex deductions.

Aside from this, writing observations that seem meaningless and later lead to dramatic deductions is extremely difficult. Doyle himself was trained in this skill by Dr. Joseph Bell--the rest of we pale copies have to sweat and strain over logical puzzles.


IHOSE: What are some of the nuances an inexperienced author might miss?

LF: There are about a kajillion, but they fall into general categories.

Historical research can be a bear trap-- you might know what a dog cart and a tantalus and a seven per cent solution are, but did you know bagged tea was invented in 1895? (What a year!) Conan Doyle didn't have to do research into what to call an underhousemaid or how to address an earl--he was living it. These are contemporary accounts, not period set pieces. Hell, he didn't even bother over finding out if snakes drank milk. And if you got your historical information from films, pack up and go home--no gentleman would ever have worn a deerstalker to the opera, and I have Murder by Decree to thank for those nightmares.

Category two would be humor. The Sherlock Holmes canon is hilarious, and if you set out to write a very very serious and very very perfect pastiche as a very very serious devotee, you will fail, because they (spoiler alert) contain jokes. Thus I put it to you, and thus I leave it: no humorless person will ever fully succeed at imitating Doyle.

Mostly importantly, and I cannot emphasize this enough, Holmes is often written as a caricature rather than a character, and this always breaks my heart. In the canon, he may be larger than life, but he is a person, one with private hopes and lazy daydreams and a sharp temper and a kind spirit. People seem to want to write him as only caustic, or only brooding, or even only drug-addled, when really he possessed elements of all these in addition to being something of a scrapper, a Nature poet, and a practical joker. He cannot be a one-dimensional fellow in a deerstalker coldly hurling himself to the floor in search of a clue while crying, "My dear Watson!" It hurts my eyeballs.


IHOSE: What are some common "red flags?"

LF: Esteemed Sherlockian Otto Penzler once said, "...noir is not unlike pornography, in the sense that it is virtually impossible to define, but everyone claims to know it when they see it." A really great pastiche is similarly elusive, but there are some common rookie errors.

If the relationship between Holmes and Watson is effortless - effortless bickering, silences, discussions, offenses, debates, sulks, smiles, quips, and quibbles - then it's a good pastiche. If their dialogue is strained in any way, you're in immediate peril. If you put them at odds in any sense other than trivial banter, you're toast. Their characters mean absolutely everything to the series.

Language is of course extremely important. It has to be Victorian, but never antiquated, and that's difficult. Some of the sentences in the canon last two or three words, and others smoothly sail along for thirty or so. Many people simply cannot hear the voice, and instead they borrow phrases from the canon and twist a word or two to suit them--this semi-poaching rarely goes unnoticed by the connoisseur.

Finally, leaning too heavily on any one aspect of the canon is fatal. Some people write pastiches that are all foggy-London-haloed-streetlamps, others endless streams of wearying deductions; if you forget that plenty of cases took place outside of London proper or even (gasp!) in the summer, and that Holmes also reminded Watson to pack his tooth-brush [SPEC], you're done for. Pastiches shouldn't read like a stream of rehashed cliches. The story we are about to hear should be true--or at least sound it.

I am amused that media are now describing the Selkirk story as "fan fiction" — not "pastiche". http://t.co/HmkL1mMQKo
— Chris Redmond (@darkgreendesk) February 26, 2015


IHOSE: Speaking of pastiche, what's your take on the difference between pastiche and fanfiction?

LF: I think that the storytelling urge that produces "pastiche" and "fanfiction" are identical. We want to read further. We want to know them better. Some have found it eccentric that a newly discovered pastiche is being called a fanfiction online. Well, why not? They're the same animal, save for matters of self-identification and commercial intent.

A pastiche is a work "that imitates the work of another style, artist, or period." Fanfiction is "fiction about characters or settings from an original work of fiction." In what way do those descriptions differ precisely? They simply don't, to my mind. I always differentiate due to the commercial use of "pastiche" versus the more intimate community use of "fanfiction," but the real line of demarcation in my mind is people who insist on the fact they write "pastiches" and people who don't. Not to mention "homage," thank you Anthony Horowitz...


Previous coverage of this topic: