"anguish at the loss" [SECO]

Legendary stage and screen actor Peter O'Toole has passed away at the age of 81. His family and publicist reported today that he died peacefully on December 14 at Wellington Hospital in London after a long illness.

O'Toole's first major screen success was of course via Lawrence of Arabia, the 1962 David Lean masterpiece, in which he played T.E. Lawrence. Some of the other great films and roles for which he was known included Man of La Mancha, The Lion in Winter, What's New Pussycat, and Goodbye, Mr. Chips. Over the course of his career, he was nominated for eight Oscar awards, having finally received recognition from his peers with an honorary Oscar in 2003.

Irish by birth, O'Toole was lauded by Michael Higgins, the president of Ireland today who said, "He had a deep interest in literature and a love of Shakespearean sonnets in particular." His love of literature might be what attracted him to the role of Sherlock Holmes in 1983. 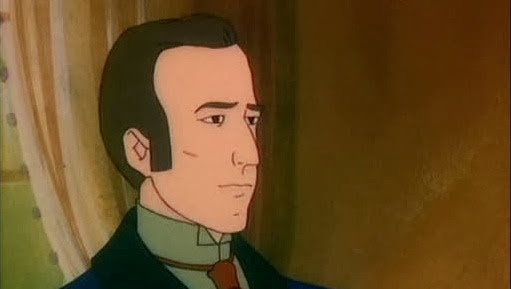 Over the course of four animated films, Peter O'Toole played a two-dimensional (some might say a uni-dimensional) Sherlock Holmes. The films were a valiant attempt at bringing all four of the longer stories to the screen and adapting them for children's viewing. They included Sherlock Holmes and: A Study in Scarlet, The Sign of Four, The Baskerville Curse, and The Valley of Fear.

Here's a clip from the final film:


If you'd like to watch them on your own, Amazon has each available via its streaming service or you can buy the box set as Sherlock Holmes: The Animated Collection for just $26.99. If your appetite is more toward live-action films, then perhaps O'Toole's turn as Sir Arthur Conan Doyle in Fairy Tale: A True Story is more for you. That was a dramatization of the Cottingley Fairies photo sensation, which involved Doyle. Look for Harvey Keitel as Harry Houdini in the same film as well.

One thing that we've always wondered: what would the Irish Peter O'Toole have been like as an older Sherlock Holmes in his Altamont disguise in "His Last Bow"? While the headgear isn't quite right, here are a couple of images to compare the two: 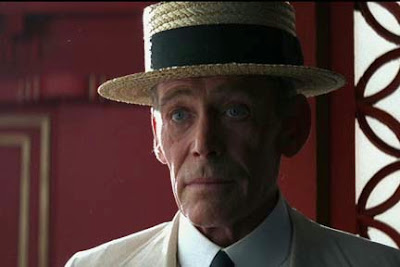 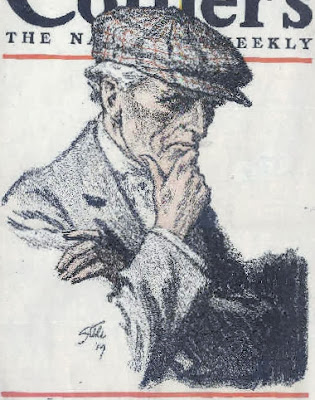 R.I.P. Peter O'Toole. Your talent and joie de vivre will be missed. To borrow a phrase from Lawrence of Arabia,


"Ooh! It damn well 'urts!"
"Certainly it hurts."
"What's the trick then?"
"The trick, William Potter, is not minding that it hurts."