Sherlock Series 3: Our Commitment to You 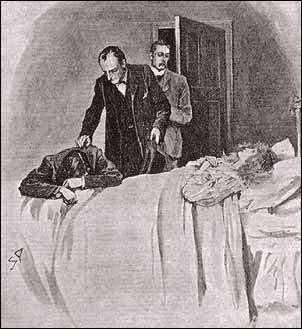 With the advent of Series 3 of Sherlock debuting on BBC One tomorrow, January 1, the Internet will be awash with commentary about "The Empty Hearse" and how Sherlock Holmes was able to resurrect himself from the pavement outside St. Bart's.

We'll certainly be watching with great interest as well, but we'd like to reassure our readers that you won't be seeing any spoilers here. Our commitment to you here on ihearofsherlock.com is to provide an experience that informs you about the goings-on of Sherlock Holmes without ruining the viewing experience.

We'll also be hosting the live Twitter chat for Masterpiece during the January 19 debut on PBS, via @ihearofsherlock. We expect to point out Canonical references, plot elements and specific facts related to the episode itself. So if you don't plan to view the program live, please avoid our Twitter account until after you've had that opportunity.

With a two-year hiatus - again, not nearly as long as the hiatus Sir Arthur Conan Doyle put his readers through when Sherlock Holmes met Professor Moriarty at the Reichenbach Falls - we share your anticipation and angst. We hope that you'll enjoy the new series and not spoil it for others who wish to do the same.