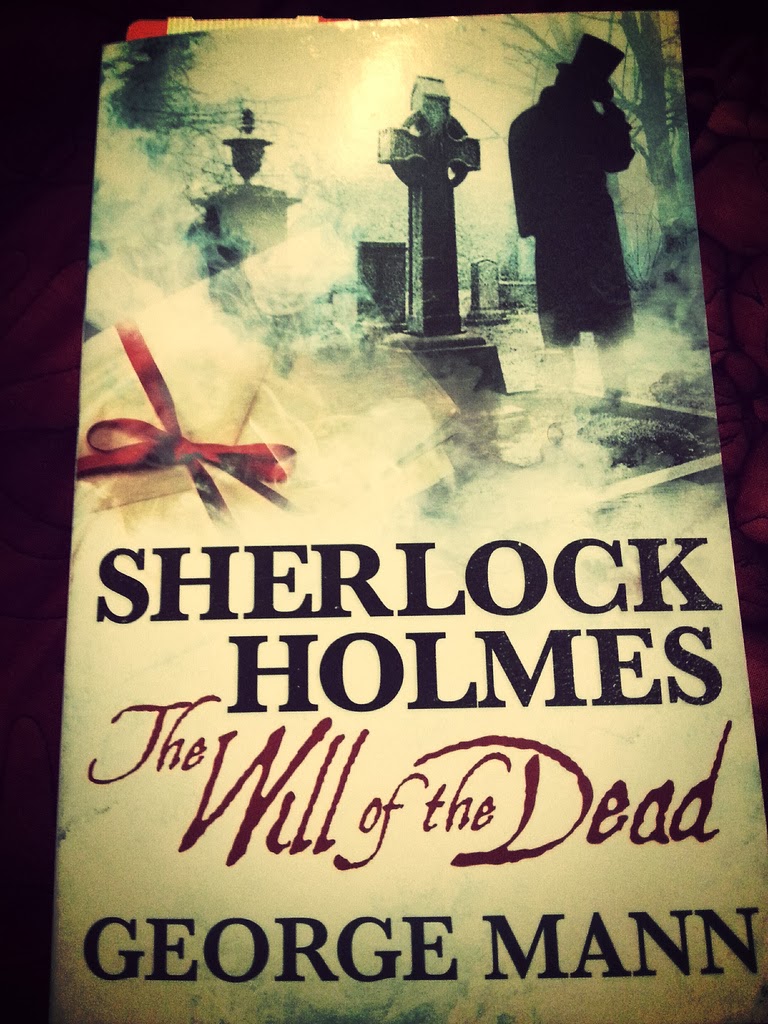 You might think that this is a post comparing the two hit movie franchises staring Robert Downey Jr. But it's not. Maybe another time.

This post is about the new Sherlock Holmes book by George Mann called The Will of the Dead.  Mann is more well known (in certain niche literary circles) for his Newbury and Hobbes steampunk series, is a wonderfully talented writer who has a way with words that only British authors seem to be able to pull off.

In my mind there are two ways to write a Sherlock Holmes pastiche; you either do your best Doyle impersonation and try to write something that would be difficult to discern from something Doyle himself would have written, or you throw caution to the wind and do something completely different. I love both approaches but in the latter case I prefer it when the the characters stay true to form and it's the stories or the setting that take the brunt of the creative divergence. This is what Mann has done with The Will of the Dead.

While the true grandfather of steampunk may be Jules Verne, Doyle and Sherlock Holmes have undoubtedly been a huge influence on the genre. In fact, Mann's Newbury and Hobbes series borrows heavily from Sherlock Holmes. It contains a brilliant detective who has a tendency to use narcotics and is heavily educated in the occult. Okay, maybe that last part doesn't fit very well, but trust me, the homage to Holmes is clear.

In The Will of the Dead, Mann has undertaken a Sherlock Holmes story and while the use of steampunk is minimal, it's still present. Doyle purists will likely have already stopped reading, but I for one enjoy it when authors take poetic license with the Great Detective and bring some of their own creative flair to the story. If you're afraid the story is filled with steam powered cars, clockwork automatons, cyborgs, and zeppelins don't worry the only steampunk element are men in iron suits powered by steam.

In fact if you took the iron men out of the book it would be a fairly traditional Sherlock Holmes story. The main story is of a missing will of a wealthy uncle, the suspect circumstances of his death, his bickering niece and nephews, and a mysterious heir to the family fortune who know one knows. And then of course there are several high profile robberies carried out in broad daylight by men in iron suits.

But Mann can't resist tying in his popular steampunk series with this book by placing a younger version of the police detective from his Newbury and Hobbes stories as the police detective assigned to the case that Holmes is working on. It's a nice touch if your a fan of his other books but not distracting or obvious if you're not.

So if you're a fan of steampunk and Sherlock Holmes, this is an easy recommendation. If you enjoy creative Sherlock pastiches with a hint of sci-fi, then this I think you'll also be pleased with The Will of the Dead.