"That was the curious incident." [SILV] 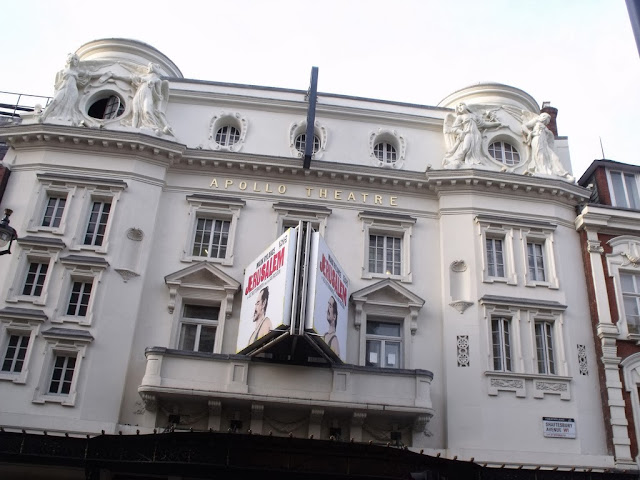 The BBC are reporting that the ceiling at the Apollo Theatre on Shaftesbury Avenue in London has collapsed on the audience below. There are currently said to be about 80 injuries, five of which are serious.

The Apollo Theatre is over 100 years old, having been built in 1901, and is a Grade II listed building in London's West End. It contains 775 seats on four levels, and the first play performed there was The Belle of Bohemia (no mention of Irene Adler). Over the years, it has been home to such productions as Journey's End starring Laurence Olivier, Idiot's Delight with Raymond Massey, Noel Coward's, Private Lives, Treasure Hunt directed by John Gielgud, David Storey's Home with Ralph Richardson, Separate Tables with John Mills and Jeffrey Bernard is Unwell starring Peter O'Toole. [Did you find the Sherlock Holmes connection in all of those?]

We're hoping that the injuries are not life-threatening and that the rescue crews are able to do their jobs without interference.