A Look Inside 221B Baker Street Via Virtual Reality 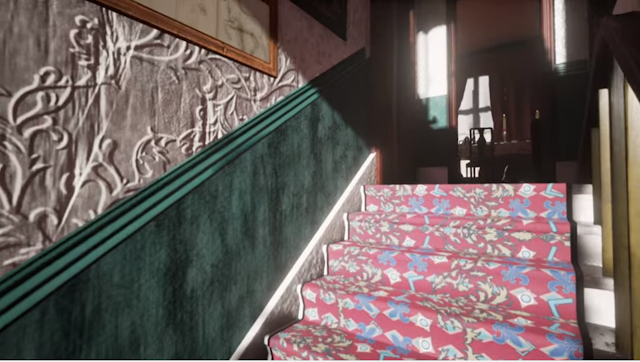 It's always nice to be able to step into the sitting room at 221B Baker Street. Even when one isn't able to travel to London.

In this case, student Elliott Lambert has created a wonderful video bringing us deep within 221B Baker Street. According to the description of his YouTube video, this is "a university project I worked on for 11 weeks. A 3D environment of the famous Sherlock apartment located in London, rendered in Unreal Engine 4."

To our trained eye, we can see an inspiration taken from two primary sources: the Sherlock Holmes Museum, which allows guests to follow a very similar path through the sitting room and Holmes's bedroom; and the trailers for the upcoming BBC Sherlock special, The Abominable Bride.

Take a moment to tour the famous sitting room for yourself.

What do you think? Are there details you enjoyed? Anything in particular that you might suggest that he add?

For our part, we would have appreciated the music from the Granada soundtrack, rather than the BBC version, as Granada did such a wonderful job of creating a Victorian setting throughout the entire run. But, every artist gets his inspiration from a different source.