"smirking at his own reflection" [STUD] 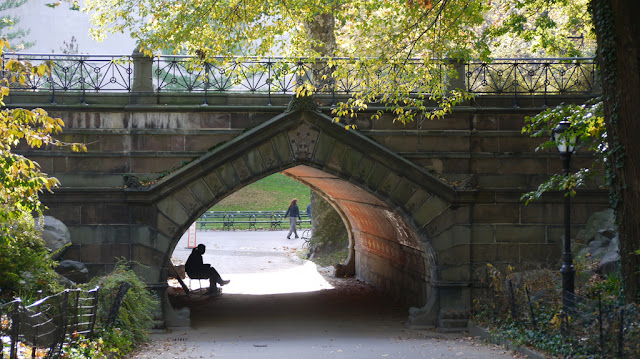 As 2015 draws to a close, we have much to be thankful for. It's been a banner year here at I Hear of Sherlock Everywhere, thanks in no small part to our growing community of contributors, readers and listeners.

As such, we thought it might be a decent time to reflect on how far we've come and share that progress with you. And rather than take you through the calendar year, we thought we'd divide things up into categories, because that makes for more interesting reading.

"there are the numbers" [SILV]

While it may seem trifling and silly to sum up the team's considerable efforts with a few figures, we thought it might help put things in perspective. You see, when the causal reader sees an email here, a tweet there, a Facebook update there, it's a piece of content that's simply passing by. We don't have the advantage of sitting on a shelf like so many issues of The Baker Street Journal, so the cumulated IHOSE works may not seem as impressive. But we assure you, they are.

"mostly of a technical character" [SPEC]

We're pleased to have avoided any major overhaul of the site this year. The responsive design we continue to use ensures that the site is viewable on any type of device, and more of our visitors are viewing our site on mobile devices. With any luck, we'll avoid any heavy lifting in 2016 with regard to site design.

We purchased the ihose.co domain this year, which we've been using for link shortening through the Bitly service. The convention with our podcast is ihose.co/ihose[shownumber], such as ihose.co/ihose85 for Episode 85. Similarly, we've used other abbreviations for frequently referenced links, such as ihose.co/flipsherlock for our Flipboard magazine or ihose.co/221Bstickers for our oval stickers. And we've gotten over our own fear of referring to the site as "IHOSE," as it just makes it easier to refer to.

And in case you'd like to get around the site on your own rather than read through the interminable updates below, here's a quick video to explain how to navigate our written archives:

If you haven't yet had the opportunity to listen to one of our shows, we invite you to try it out: ihearofsherlock.com/podcast. Don't let the term podcast hold you back. It's simply listening to audio over the web, either on your phone or your computer.

We've integrated the quiz segment "Mental Exaltation" more regularly, with Nick Martorelli as our intrepid quizmaster. We offer prizes to lucky participants on every other show. All you have to do to qualify is answer a question each month here on the site.

A significant change we elected to make was to increase the frequency of the show. Because of the number of topics and interview guests we'd like to cover and interact with, it made more sense. So rather than one show a month, we're now producing two shows a month — one on the 15th and one on the 30th — that alternate between interviews and commentary between Burt and Scott.

One thing that we added specifically for the listeners of our show is an option to support us on a regular basis through Patreon. The system only charges our patrons when we've produced an episode, and gives us a chance to recognize our supporters at different levels.

We're pleased to have Mary Miller and Christian Mongaard on board as top supporters to date.

"and have even contributed to the literature of the subject" [REDH]

Without question, our enterprise has become a team effort. Without the wonderfully unique and different perspectives that our contributors bring, the voice of IHOSE would be limited indeed. In 2015, we had a combination of contributors new and old; of the 17 individuals who submitted material, seven of them did so for the first time in 2015. You can find brief biographies of each our our Meet the Team page at ihose.co/ihoseteam.

But we'd like to acknowledge each for his or her effort here, with three stand-outs below.


The following three contributors are worthy of further remarks, if for nothing else than they've all been writing their own books while making significant contributions to IHOSE:

"The Press, Watson, is a most valuable institution" [SIXN]

There were a handful of articles on our site that popped this year, either because we broke news, had an exclusive, or simply got lucky in our efforts.

Following our breaking news item in 2014 about he discovery of the lost 1916 Sherlock Holmes starring William Gillette, we were given an exclusive opportunity to run the trailer for the DVD released this year by Flicker Alley, who also chose to run a giveaway with us.

The second largest item for our site was an interview that Derrick Belanger conducted with Mitch Cullin following the legal settlement with the Conan Doyle Estate (for more, see below). Cullin was quite candid in his assessment of the situation, to say the least.

But the single article that got us the most coverage — including international newspapers and the front page of Reddit — was Mattias Bostrom's article about the lost Sherlock Holmes story found in Scotland. It afforded us an opportunity to follow up with celebrated author Lyndsay Faye, BSI ("Kitty Winter") on what makes a successful pastiche and for Vincent Wright to provide a styistic analysis, before Mattias had a final word.

"events which had engaged our attention" [CREE]

As you know, there are many Sherlockian events happening around the world. These include regular society meetings, of course, but also screenings, exhibitions and more. We fanned out this year to cover some of them and asked our correspondents to serve as Holmes asked of the Irregulars: to "go everywhere, see everything, overhear everyone." [SIGN]

We began the year with coverage of the 2015 BSI Weekend, including a multimedia summary of photos, tweets and other updates from a wide variety of attendees. The spring gave way to the premiere of the long-lost 1916 silent film Sherlock Holmes starring William Gillette and Tim Greer was on the ground in San Francisco to cover the event. Shortly thereafter, Crystal Noll was our intrepid reporter at a press conference and screening of Mr. Holmes in London.

Margaret McMahon scintillated in her summary of Scintillation of Scions VIII, and reports from the Speckled Band of Boston, the 40th anniversary of Dr. Watson's Neglected Patients (Denver) and the Amateur Mendicant Society of Detroit followed suit.

"a lawsuit had been going on between you" [REIG]

By now, we assume you're familiar with the #FreeSherlock issue (if not, we recommend listening to our special Free Sherlock episode or clicking the hashtag to bring up all of our previous articles on the subject to bring you up to speed, ).

But there were a couple of items that stood out that we weighed in on this year. Those included the lawsuit brought by the Conan Doyle Estate, Ltd. against the studio behind Mr. Holmes, the director, and author Mitch Cullin. We took the time to discuss it on Episode 78: Legal and Leisure Ramblings.

But we'd be remiss if we failed to mention the biggest surprise in the legal doings this year: the discovery that Conan Doyle was suing his own estate from beyond the grave.

We celebrated, mourned and had the opportunity to speak with a number of celebrities of varying sorts this year. The BSI's own Douglas Wilmer marked 50 years since his first turn as Sherlock Holmes on the BBC. And Graham Moore, author of The Sherlockian and our guest on Episode 30, won an Oscar for The Imitation Game and his speech became national news.

And finally, on our audio program we were fortunate to be able to speak with Kareem Abdul-Jabbar about his book Mycroft Holmes

; with Nicholas Meyer about The Seven Per-Cent Solution

; and with Steven Moffat and Sue Vertue about Sherlock: The Abominable Bride

The world of entertainment — particularly film and television — is rife with Sherlock Holmes news. We mentioned the Gillette film above, as well as Mr. Holmes, of which we provided another review. We also took the time to mark the 20th anniversary of the passing of Jeremy Brett, who was an influential impersonator of Sherlock Holmes for a whole generation.

Finally, we saw the excitement mount as the new Sherlock special [ABOM] was announced, teased and anticipated, ultimately leading to our announcement that MASTERPIECE PBS had selected us to host the live Twitter chat during the January 1 premiere in the US.

As with the entertainment category, there was no lack of books this year. We had numerous reviews from our correspondents, as noted above — who provided no fewer than 17 book reviews, by our estimation. On our podcast, seven of our 15 episodes were interviews with authors:

Well, that's it. What do you think? Were there highlights for you that we missed? Or can you suggest a direction or an idea for 2016? Leave us a comment below or send an email to us at comment@ihearofsherlock.com.

And best wishes to you in all things Sherlockian for 2016.