Sherlock Holmes in the Classroom — One Teacher's Tale

“it sharpens the faculties of observation, and teaches one where to look and what to look for” [STUD] 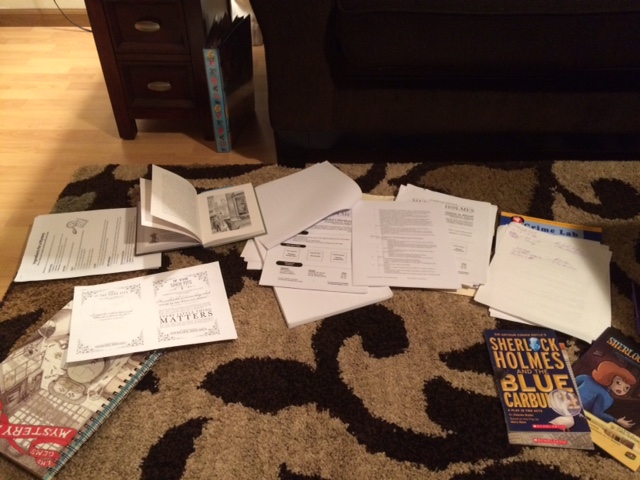 November is my favorite time of year to teach my fifth grade class. Because, for two weeks before Thanksgiving break, we spend the majority of every day learning about and discussing Sherlock Holmes and his cases.

It all started last year when the International Exhibition of Sherlock Holmes was at the St. Louis Science Center, just 20 minutes across the Mississippi river from my school district in Illinois. While looking at website and anticipating its opening, I noticed that there was a section for educators. When I checked it out, I was delighted to find lesson plans dealing with the Great Detective. Although my class was unable to take a field trip to the exhibition due to the school’s budget, I immediately jumped on the idea of teaching Sherlock Holmes to my students.

After a successful one week unit in 2014, I applied for and was awarded a Jan Stauber grant from the wonderful Beacon Society. This allowed me to expand to a two week unit of study this year. The unit started out with an introduction to Sherlock Holmes in his many incarnations over the years from books and comics to movies and puppets. We then broke up into small groups and focused on what the elements mystery stories are while they read abbreviated forms of “The Blue Carbuncle,” “The Red-Headed League,” “The Speckled Band,” “The Beryl Coronet,” “The Copper Beeches,” and “Silver Blaze.”

As a whole class, we delved into five stories, focusing on different literary elements with each one. For “The Adventure of the Blue Carbuncle,” we discussed character motivation which led to a class debate on if Holmes should have allowed James Ryder to go free. Our lessons on “The Adventure of the Red-Headed League” focused on character development and how characters are written for the short story format. “The Copper Beeches” discussed how a story can be structured to create tension and surprise with rising action. When we read “The Adventure of the Speckled Band,” we focused on author’s purpose and why Doyle made the choices he does in this particular story to help move the narrative. We wrapped up with “A Scandal in Bohemia” and discussed how foil characters can be used to create conflict with the protagonist. 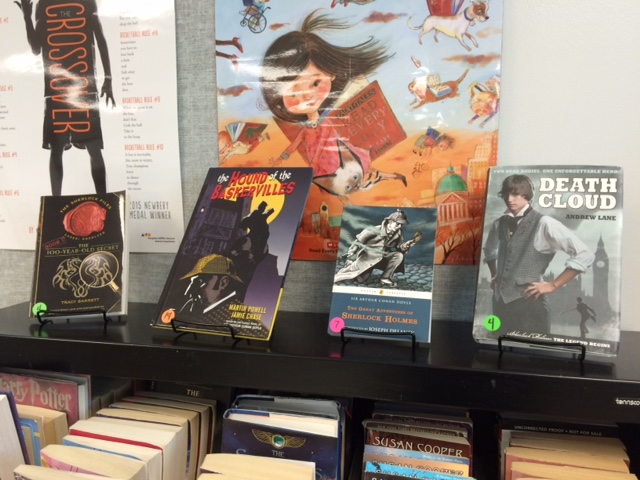 During our Language Arts block, the students spent these two weeks creating their own Sherlock Holmes pastiches. We worked our way through the writing process, starting with identifying story elements and brainstorming. The class also learned what it means to “see but not observe” by examining jackets, and explaining what type of person that coat would belong to. This helped them to understand the importance of using detail in their writing. After the students went through several edits and revisions on their stories, they had their very own Sherlock Holmes mystery to take home, as well as a better understanding of the writing process.

For the culminating activity of the unit, the students presented two Reader’s Theater plays based off of “The Adventure of the Red-Headed League” and “The Adventure of the Blue Carbuncle.” They picked out and practiced their parts for a week leading up to this, deciding how the characters should move and what props and costumes would be appropriate for the performances. When the big day arrived, they performed their plays to five other fifth grade classes in our building, introducing even more students to Sherlock Holmes and his masterful deductions. 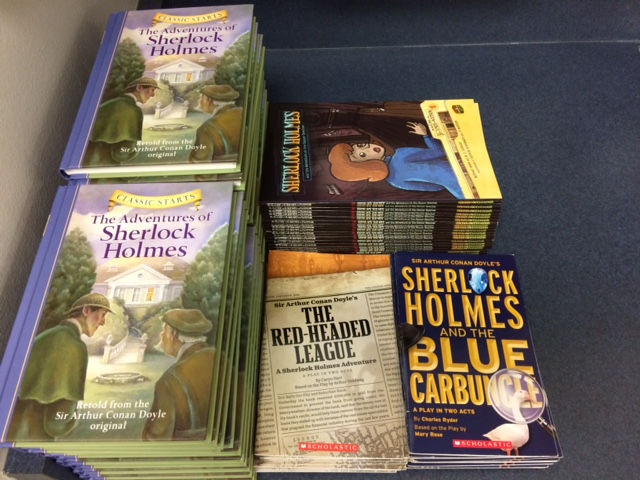 As an educator, I love being able to share my passions with my students. It is extremely rewarding to see kids want to take our book home because we didn’t have time to read “The Six Napoleons” or “The Greek Interpreter.” I have different versions of the Sherlock Holmes stories in my classroom library, and they were in high demand going into the Thanksgiving break. So who knows? Maybe there are a few budding Sherlockians in my classroom.

At the very least, I hope my students walked away from this unit of study with an appreciation for the world’s greatest detective.