"one ray of sunlight" [ILLU] 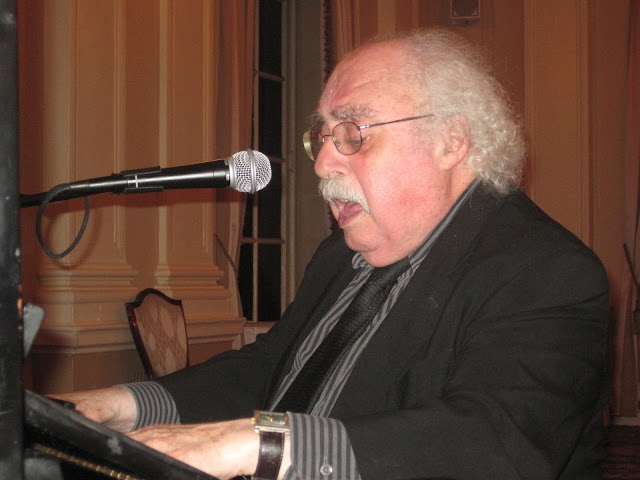 We recently discovered that Broadway and Hollywood composer, writer and performer Ray Jessel passed away on July 17 at the age of 85. His connection to the world of Sherlock Holmes was through the 1965 Broadway musical Baker Street.

Born in Cardiff, Wales in 1929, Raymond Jessel earned a degree in music from the University of Wales and then emigrated to Canada, where he went to work as an orchestrator and composer for CBC Radio. He wrote a theatrical satire Spring Thaw with Marian Grudeff, which led to a collaboration on Baker Street and the score for a revival of Hellzapoppin.

Jessel then moved to Hollywood where he began writing for variety shows such as The Dean Martin Show, The Carol Burnett Show and The Smothers Brothers Show. He wrote 34 episodes of The Love Boat — including the two-hour special "The Musical" — and was the story editor for 60 episodes between 1977 and 1980. Jessel also wrote nine episodes of The Head of the Class.

According to Rodgers & Hammerstein:


Ray Jessel returned to Broadway in 1979, being chosen by Richard Rodgers to write additional lyrics for I Remember Mama. He wrote the lyrics to four songs in the show including "A Little Bit More" — the last song Richard Rodgers was to write for the musical stage.


But Jessel's surprise talent was actually in performing, which he took up at the age of 72. It was in this capacity that he paid a surprise visit to the Baker Street Irregulars in 2010. He dropped into the BSI cocktail reception and played a handful of songs to the crowd's delight, including the hysterical "Short Term Memory Loss Blues," "Shirley Levine" and one number from Baker Street, "Finding Words for Spring."

Jessel had also popped into the BSI dinner the evening before, where he talked for a bit about his experience writing Baker Street and regaled us with additional songs from the musical. If you tune in to Episode 81 of our Internet radio show, you'll be able to hear some of that as well. And if you'd like another view of Baker Street from a cast member, we spoke with actor Fritz Weaver on Episode 26.

Ray Jessel was an American treasure (ironic, as he was Welsh and Canadian, we know). His ear for music and his sense of humor endeared this funny little man to all who knew him. We count ourselves fortunate for having had the pleasure of seeing him perform live and for being the beneficiary of his excellent work on Baker Street.

Of course, most of America came to know another side of Jessel rather late via his surprise hit "What She's Got," featured on America's Got Talent in 2014. Hide the children.