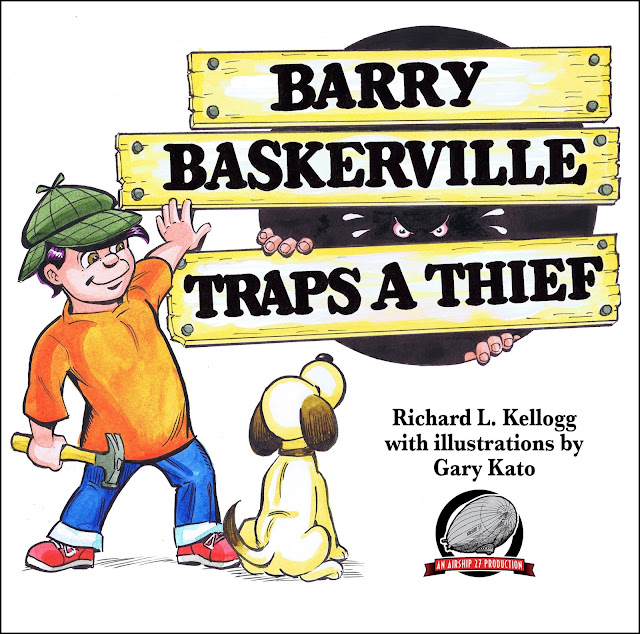 “Barry got dressed for school quickly and opened the bedroom door. He admired the large sign attached to the door. The sign, in very large letters, read Office of Barry Baskerville - Boy Detective.”


Barry Baskerville Traps a Thief is the third book in the Barry Baskerville children’s series by Richard Kellogg and illustrated by Gary Kato. Barry idolizes Sherlock Holmes, and in a town called Watsonville, who can blame him? He is precocious, to an almost annoying degree as he delights in showing off his talents for verbal trickery and logic puzzles to his friends John, Mary and Irene. Once he gets a crime to solve, however, the aspiring detective gets a chance to shine. Someone has been stealing all the wooden items in Watsonville, and the police are stumped. With a little help from local policeman Officer Lestrade, Barry’s on the case.

Our primary criticism of this book is that the mystery doesn’t start until two-thirds of the way through. It would have been nice to see a little more of the boy detective detecting, but at least Barry’s enthusiastic, and cute Sherlockian references abound. The brightly illustrated series could be a neat introduction for young kids to logical problem solving, as well as Sherlock Holmes.